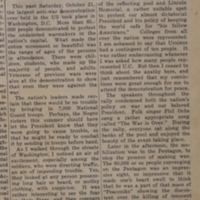 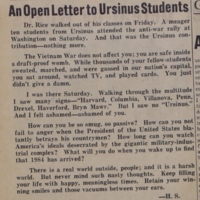 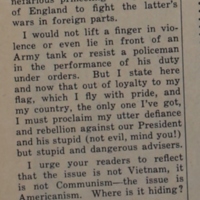 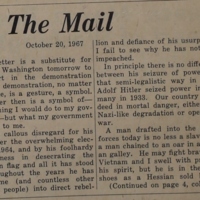 Beginning with the top left article and moving in a clockwise direction, you can read some rather scathing remarks not only about the political climate but also the seeming lack of interest on Ursinus's campus.

In an interview, Dr. Herb Smith, the same "H.S" from the second article and then editor of the Weekly, said that he believed Ursinus had always been a quiet and conservative campus (not always conservative in the political sense but conservative in the sense that the campus was comfortable with the status quo) where the anti-war message just did not quite resonate. When I asked Dr. Smith why he thought many Ursinus students were not very concerned about the war, he responded with, "The draft could be ducked and evaded. You just have to work the system. Those who fought were those who didn't have the resources to work the system." 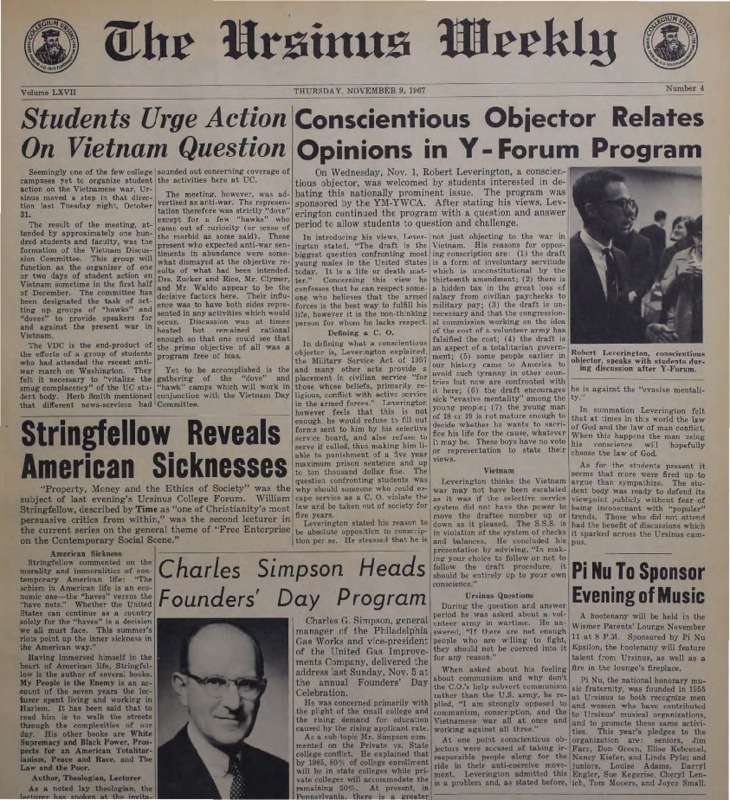 Selected pieces from the Weekly published on November 9, 1967.

Two weeks after the a scathing editorial was published in the Weekly condemning the school and the students for not going to the anti-war rally in D.C or even having strong opinions on the matter, the students wrote back. Page three proudly displays the title "It's About Time" as the various letters and opinions submitted to the Weekly in response to the editorial take center stage. Coincidently, one of the people who wrote in was none other than our own Dr. Ross Doughty.

With one published response in support of the anti-war movement and the rest holding various opinions. Some did not even mention their views on the war and instead berated the editor over several accusations. Herb Smith, the editor, took time and responded to some of the published letters and he ends one of his responses by saying, "I regret that sections of my somewhat pompous tirade conveyed such an impression. However, they [the student body] have been apathetic; now they are active. A campus needs debate; we have it now. This was the purpose of "An Open Letter..."" And yes, the original editorial reads like the editor feels superior to everyone on campus because he has an anti-war voice and went out and showed it. However, I think that regardless of if the original editorial was a product various impulsive emotions or a planned outrage piece, it served a valuable purpose and lit a fire under some students to step up and actually have a voice.