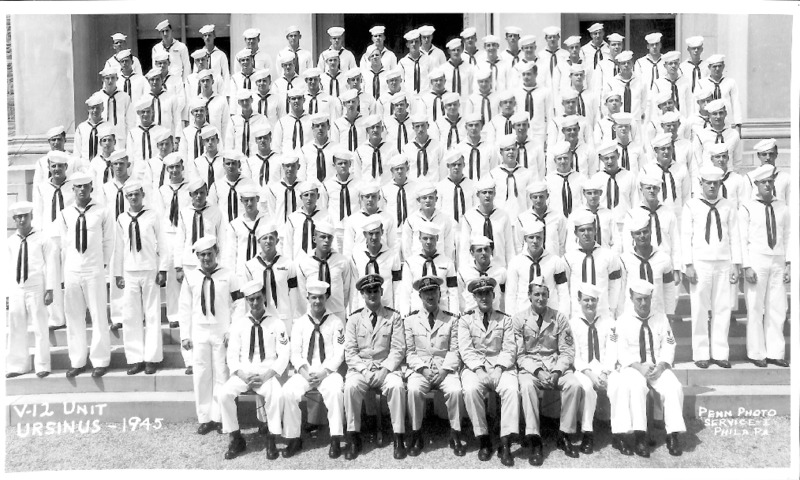 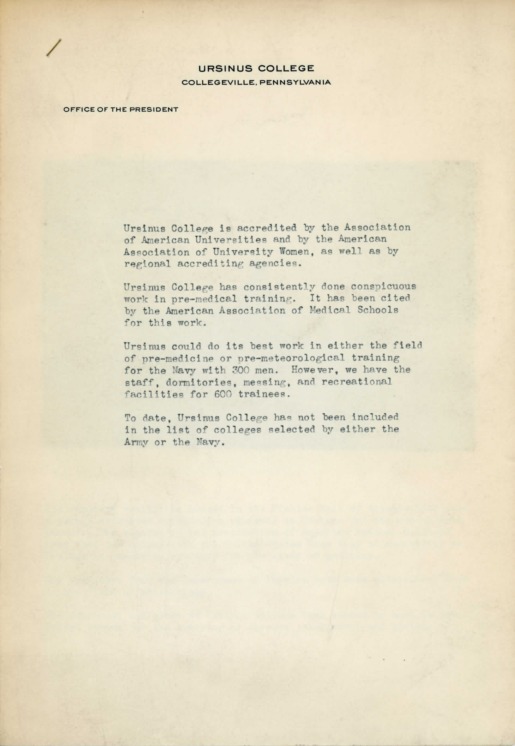 A letter sent to the Department of the Navy petitioning for Ursinus to be part of the V-12 program.

In 1942, Ursinus's President McClure sent a letter to the U.S Naval Reserve petioning for the school to become a host for the new V-12 program. Within the letter, McClure boasts about why Ursinus is an ideal location for the program. He mentions the new facilities, Ursinus's location near the Perkiomen, and includes several pictures of campus. This was an infrastrucural change Ursinus was taking a risk on to not only help the war effort but also in hopes of recieving financial aid from the government to offset the changes in enrollment since the outbreak of the war. 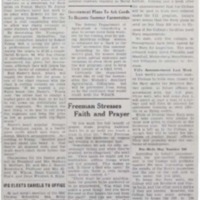 An article on how Ursinus will be inspected for the possibility of hosting the V-12 program. 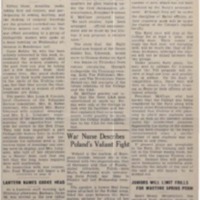 The announcement in the Ursinus Weekly that the Navy department had selected Ursinus College as a site for the new V-12 program.

With the inclusion of the Navy V-12 program, Ursinus was doing about as much as a small college can do to help the war effort. Ursinus would now be home to 200 trainees who would not only take classes at the college but be part of regular military testing and training. This is a huge change for Ursinus and it brings about massive changes in how Ursinus will operate for the remainder of the war. 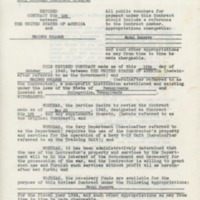 The government contract explaining the specifics of the deal which allows Ursinus to host the V-12 units. 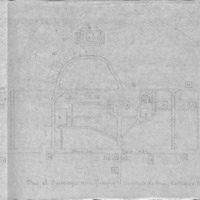 Map of campus found within the contract.

After being accepted to host the V-12 prgram, the Navy Reserve sent Ursinus a contract detailing the specifics of what was involved in this deal. After signing the contract, Ursinus became home to two hundred V-12ers. Much to McClure's joy and the rest of the administration at Ursinus, the government would be reimbursing the college on almost every charge associated with the V-12 program while also paying the college for being the host. While government contracts are rarely fun to read, this document offers an interesting insight on the more mechanical workings of the program and what it takes to operate a program on the scale of the V-12. 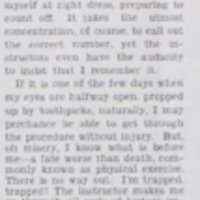 A humorous student editorial of what life is like as a member of the V-12 program.

While war is rarely a lighthearted subject, life goes on for everyone and as a by product of that, humor floats to the surface. In an amusing article from a V-12 student on campus, readers of the Weekly get a glimpse into what a day in the life of a V-12er is like from their perspective. While the article is meant to be exaggerated and humourous, there is an incredible amount of truth behind it because life for a V-12er was not easy by any stretch of the imagination. 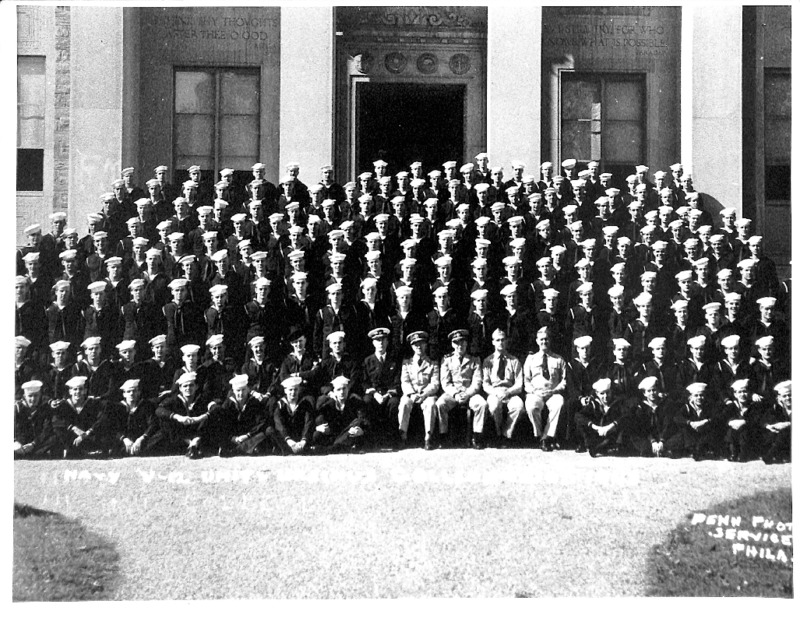 A photo showing the First Company from the new V-12 program at Ursinus College from 1943.

Included with many of the V-12 documents were photos of the V-12 unit from 1943 and 1945. Being able to put faces to the program talked about so much in Ursinus's history is an important way in which they can be remembered and humanized. When reading through the contracts, it is easy to get lost in the technical terms and begin to disassociate the people from the program. It is unfair when talking about the V-12 program to only refer to these men as "V-12ers" for they are sons, brothers, boyfriends, and soon to be husbands. Each man in these photos had an entire life seperate from the V-12 program. 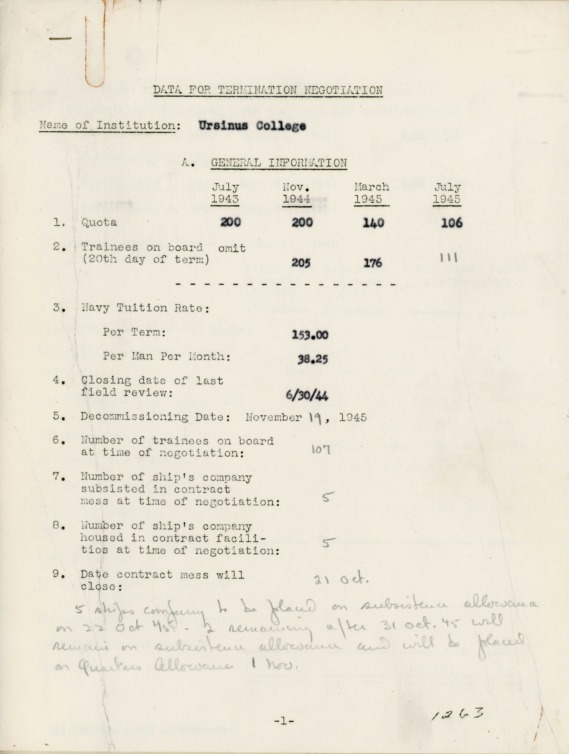 Termination document at the end of the V-12 program.

As the Second World War began to come to a close, Ursinus and the Naval Reserve took steps to shutting down the V-12 program. The decommision date for the V-12 program at Ursinus was November 19, 1945 and in this document, one can follow the declining trainees on board the program as the war went on. The decommissioning of the V-12 program also drew to an end a chapter of Ursinus's history. President McClure had gambled with the college's finicial security when applying to the program and it had paid out in dividends. Not only was the college financially secure but the program had allowed the enrollment rates to even out. On top of that, Ursinus College was able to contribute more to the war effort than any college our size had to the right to.