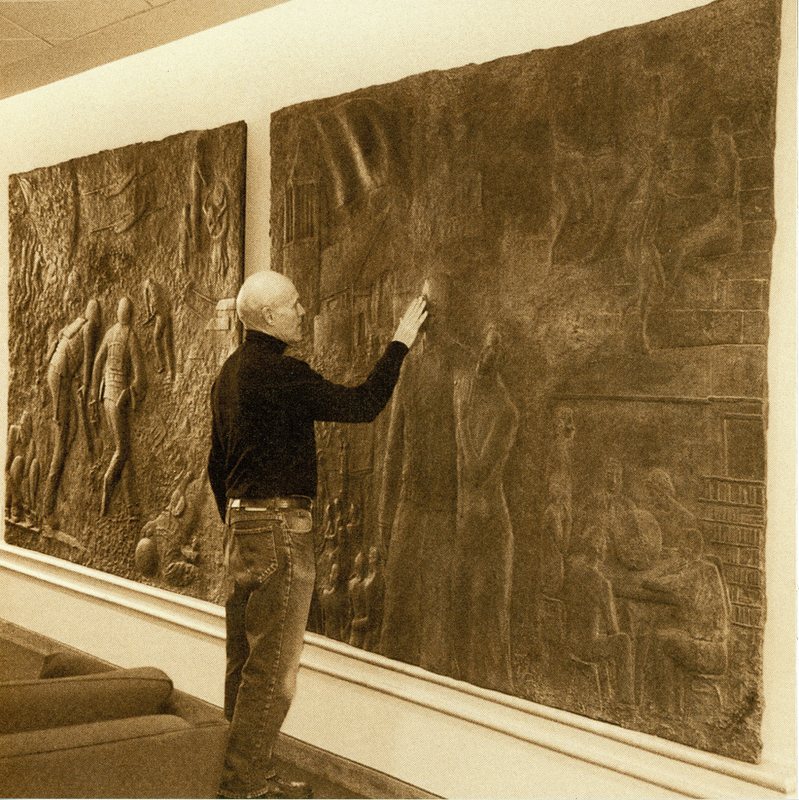 Program for the dedication ceremony.

In 1991, Alumni from the Ursinus classes of 1942-1949 gathered for a reunion for the “War Years” students. A few years later, some of the same alumni would be back on campus to dedicate a memorial to the time that shaped their experience at Ursinus. That memorial came in the form of a bas-relief placed in the lobby of the Wismer Campus Center. The piece, titled Promise/Anthem, was the work of George Anthoniesen who sought to relay the experiences of both the students who went off to war, and those who stayed on the home front (Anthonisen 5-7). 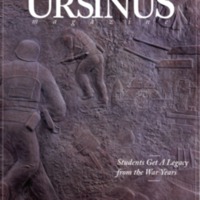 An Ursinus Magazine peice on the then new memorial.

A short booklet made for the dedication about the memorial.

The story of the relief’s creation and installation, as well as what it meant to the artist, alumni, and students are detailed in this article from the Ursinus Magazine and a booklet from the dedication ceremony. 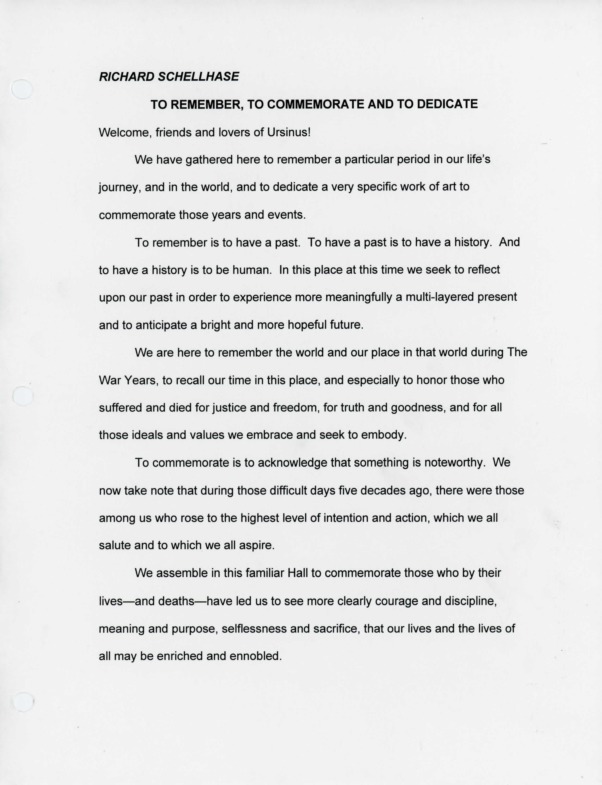 A colection of short works written by alumni for the dedication, many containig memories of their time at Ursinus.

A large portion of the dedication ceremony consisted of alumni sharing memories from their time at Ursinus during the war. These memories ranged from experiences on campus during major events to simply the more memorable aspects of living on campus during a time of war. Some of the early memories shared recalled the transformative effects of the attack on Pearl Harbor. In the words of Evan Snyder the war had seemed like “an abstraction” on far off shores (Snyder 13). As another alumni recalled, the day after the attack, the school’s daily chapel service carried added weight. For Bill Heefner, hearing President McClure speak that day was “the beginning of phase 1 of [his] war” (Heefner 15-16). While further topics touched on things such as the appearance of the V-12 program, a particularly memorable football game, and returning to campus after the war, the impact of the war on day to day life and the Ursinus community remained constant themes throughout. 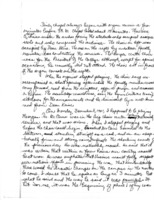 A draft of Sth Bakes memory Returning to Campus.

Of the drafts submitted for memories some were typed while other where handwritten. Here is a selection of the later, which add something the stories contained within their pages.

Within the Memories section, as well as on the back of the dedication program, special attention was given the Denton Herber, an Ursinus graduate of the Class of 1942 who was killed in action in the Pacific Theater in 1943 (Denton Herber is Officially Listed as Dead). Not only was the inclusion of his story a fitting tribute to an Ursinus Alumni and a tragic reminder of the cost of war, but his academic accolades also point to the severity of that loss and how hard that could hit a community as small as Ursinus’ (Norman 30). 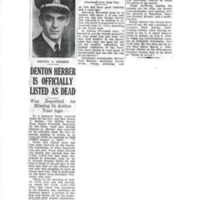 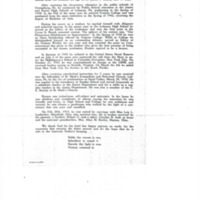 A piece Herber had written on the place of the United States in the potential post-war peace during his time at Ursinus.