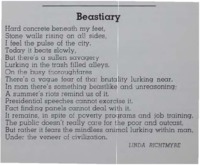 Student pieces from the December 1967 Lantern.

A collection of pieces from the Winter/Spring of 1967 edition of the Lantern.

Without being able to know if this was planned or not, I find it fascinating that multiple pieces over the course of multiple issues tackled the same subject. While the treatment of returning veterans from Vietnam was the source of a large and growing issue, I cannot help but wonder if anything specific happened in 1967 that would inspire so much writing from Ursinus students.

Upon return from service, veterans were often faced discrimination. As public opinion of the war turned against the war effort, there was a growing belief that many soldiers went over to Vietnam and became baby killers. This was an unfortunate side effect of how the Vietnam War was fought and how it was very difficult for American soldiers to distinguish between civilians and combatants. 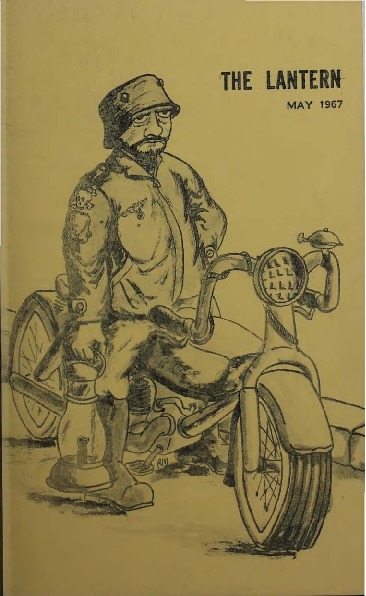 Student submitted pieces from the May 1967 edition of the Lantern.

The first thing that struck me about this edition of the Lantern was the artistic direction that was chosen. The page style and the type font remind me of a military handbook and the cartoon on the cover is very obviously a soldier. What I feel is important to point out is the skull and crossbones on the soldiers shoulder and the pin on his chest which strongly resembles the eagle pin used by Nazi Germany. Those things combined do not create a very flattering image of a soldier. It begs the question of how many on campus really saw soldiers this way?