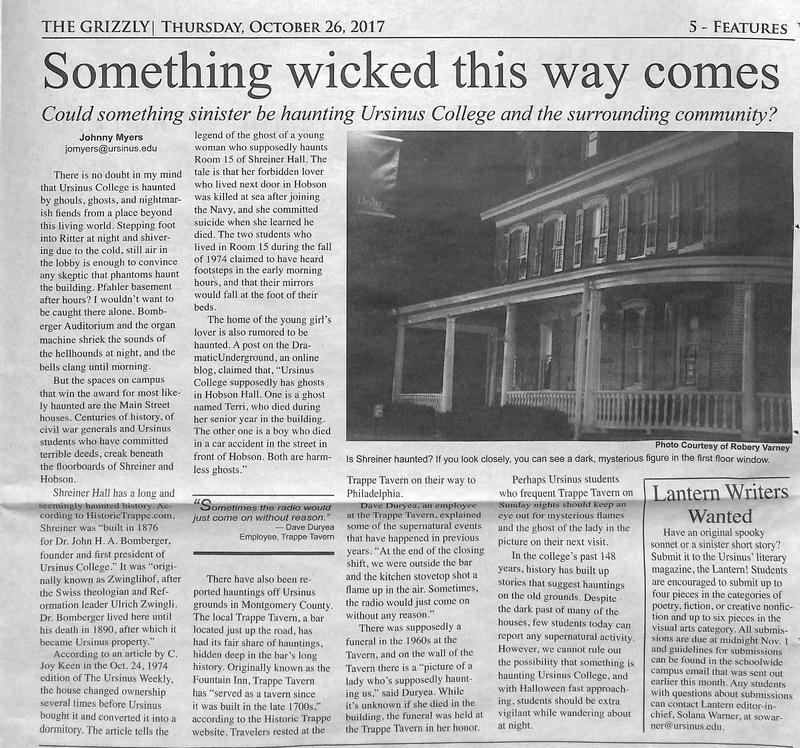 In the October 26th, 2017 edition of The Grizzly, vol. 42 no. 7, on page 5, tales of Ursinus and Collegeville area's ghosts are unearthed once more by Johnny Myers.

Legends tend to become legends by withstanding the test of time, passing on from one group of people onto the next. In a way, legends haunt the places they are attatched to, and nothing haunts a stationary setting like ghost stories do. But why do these stories linger? What can they possibly tell about the people who used to live in the haunted place, and what do they mean for people of the present that continue perpetuating them?

In a recent publication of The Grizzly, on October 26, 2017, Johnny Myers extrapolates about Ursinus's history with reported supernatural encounters, naming multiple buildings where students have reported irregular occurrences of the last few decades [1]. However, he focuses his attention on two buildings in particular - Shreiner Hall and Hobson Hall, two student residency buildings. He not only touches upon the spooky tales surrounding both buildings, but he spends more pagespace dedicated to discussing the history of the buildings [2]. More importantly, this history highlights events that are most likely at the root causes, and therefore are the very core, of the legends of these haunted places. He also takes the time to discuss haunted places beyond the gates of Ursinus in the greater Collegeville area. 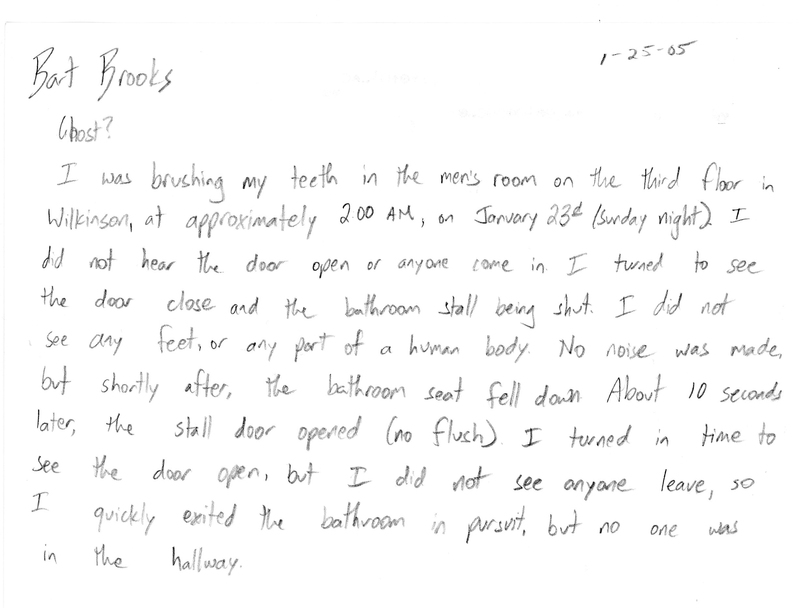 To begin the foray into the realm of ghosts at Ursinus, individual – yet not recurring incidents – will be explored. At the start we have a written note by Bart Brooks that claims he experienced an unexplained, somewhat supernatural occurrence while in the men’s room in Wilkinson [3]. During this encounter, Brooks felt as though another person was in the men’s room with him due to the noises he was hearing, yet upon checking the room, no other presence was forthcoming [4]. Now this encounter counts more towards a marked supernatural occurrence rather than a tie to a ghost story; should more witnesses of the supernatural at Wilkinson come forward, the incident shall be treated as an isolated event. 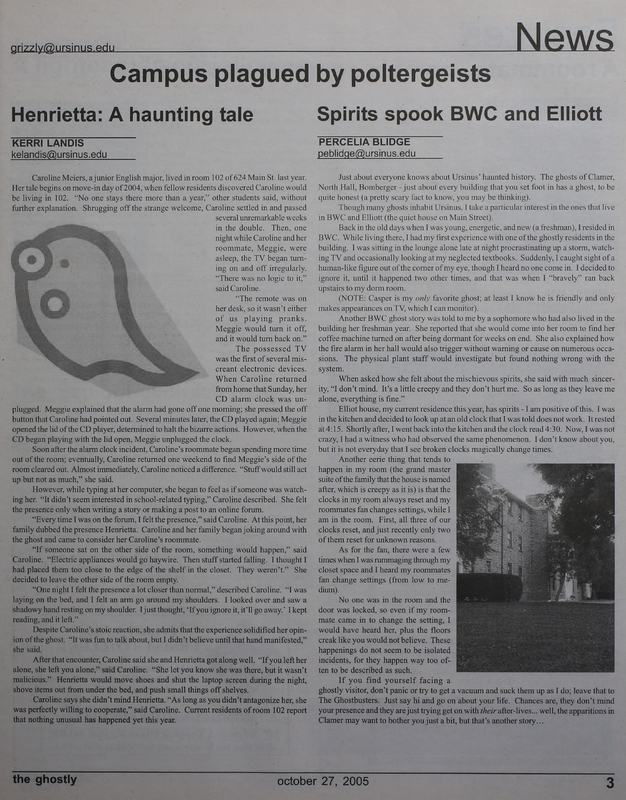 Not to be left out, 624 Main Street, as well as BWC and Elliott, have tales of ghosts of their own. With 624 Main Street, a ghost dubbed “Henrietta” by the residents has bothered one student in particular throughout the year 2005 [5]. From messing with the student’s TV and alarm clock to hovering over the student in question, Ghost Henrietta seems to have made quite the impression on the residents of the Main Street house [6]. However, despite the ghost’s apparently strong presence in the house, only one student discusses it and no origin story for the ghost being in 624 has come about despite the haunted resident claiming to have reached an understanding with the ghost [7].

On the flip side, BWC and Elliott also have unsubstantiated ghost claims. Elliott’s supernatural encounters involve the author of the article experiencing magically changed clocks and the sounds of someone rummaging through her items while no one was in her room [8]. However, BWC’s ghost story seems to have been passed down from one Class of Ursinus students to the next when another student tells her of the known haunted occurrences to happen in BWC [9]. These occurrences include catching a human-like figure lurking out of the corner of one’s eye or the building’s alarm system being suddenly tripped for no apparent reason [10].

Regarding another brief haunted history, Unity House seems to have more substantial claims than the other residencies on the list thus far. Unity House’s residents have marked odd happenings such as hearing footsteps in the upstairs part of the building, smelling cooked food when no one was in the kitchen, or a picture frame being mysteriously flung across a room [11]. The residents of the building have an explanation for all of this, and it comes down to the legend that one of the past Ursinus President’s wives died before the fireplace of Unity House and that her spirit still haunts the halls [12]. 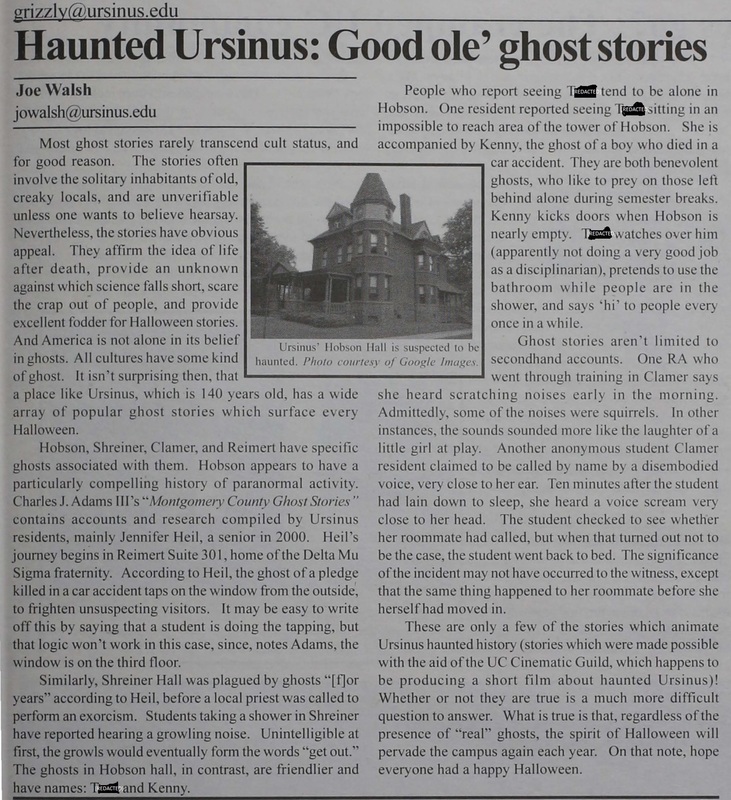 While most of the other Halls mentioned in the 2009 The Grizzly entry will be covered in their respective sections, taking note of Reimert’s mention and history as another of the haunted houses needs consideration. This particular article references the tale of a student Pledge for a Greek Organization on campus passing away in a car accident and wherein Reimert has been haunted by the kid’s ghost since, going so far as to tap on a window “on the third floor” or the building [13]. Additionally, the Ursinus College Cinematic Guild is mentioned in this particular article and how they had planned to create a documentary on the haunted aspects of Ursinus [14]. Unfortunately, the authors of this exhibit were unable to recover the film, but we encourage readers to pick up the search where we left off. 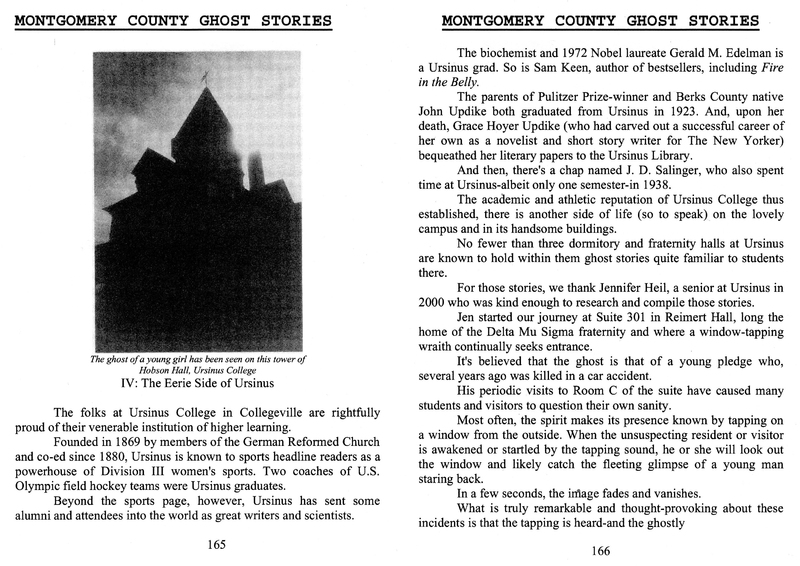 Reimert Hall's stories have reached far beyond just the immediate Ursinus Community. Even before that Grizzly article discussing the haunting Pledge student, Charles J. Adams III was mentioning it within his book Montgomery County Ghost Stories which dedicated an entire chapter to  Ursinus's ghosts [15]. Within the chapter, outside of discussing Reimert Hall, the author covers Shreiner Hall and Hobson Hall [16]. 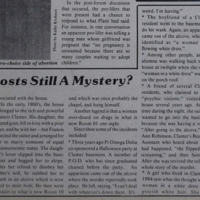 Part one of a piece investigating the background of and incidents surrounding Clamer's ghost sightings. 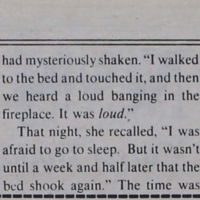 Part two of a piece investigating the background of and incidents surrounding Clamer's ghost sightings. 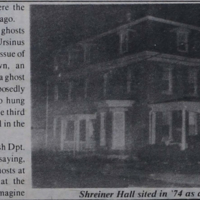 Part three of a piece investigating the background of and incidents surrounding Clamer's ghost sightings. 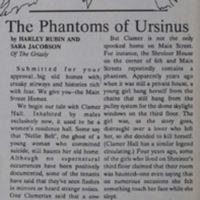 A piece providing background info and incidents of ghost sightings in Clamer and Shreiner Halls. 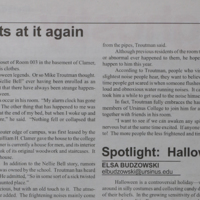 Interview piece of Mike Troutman, a Clamer resident who is aware of the ghost legends of the building. 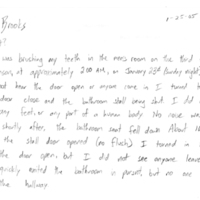 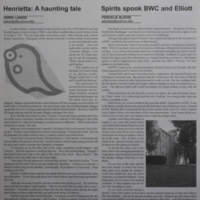 Interview with Caroline Meiers about ghost Henrietta in 624 Main St. (Left) and discussion of supernatural happenings in BWC and Elliott (Right). 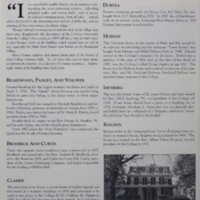 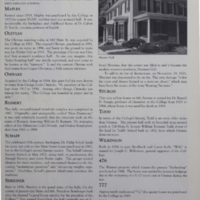 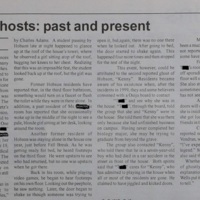 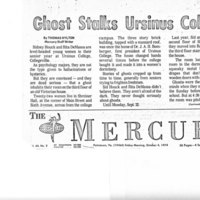 Page 1 of a profile of Shreiner Hall's history of ghosts and supernatural happening. 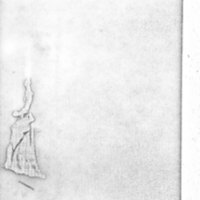 age 2 of a profile of Shreiner Hall's history of ghosts and supernatural happenings. An infrared photo of an unidentified object. 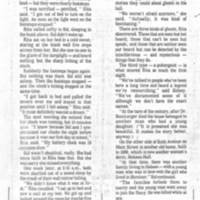 Page 3 of a profile of Shreiner Hall's history of ghosts and supernatural happenings. 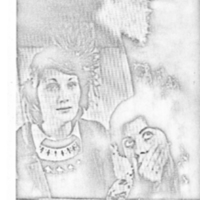 Page 4 of a profile of Shreiner Hall's history of ghosts and supernatural happenings. Supernatural glow off mirrored image. 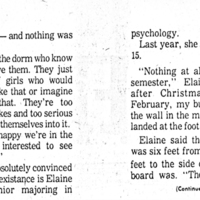 Page 5 of a profile of Shreiner Hall's history of ghosts and supernatural happenings. 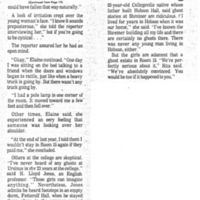 Page 6 of a profile of Shreiner Hall's history of ghosts and supernatural happenings. 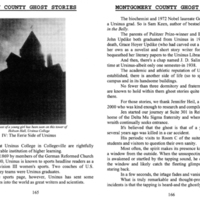 Page 1 of a piece featuring the ghosts of Reimert Hall, Shreiner Hall, and Hobson Hall. Background of Ursinus College (Left) and description of Reimert Hall's ghost (Right) is provided. 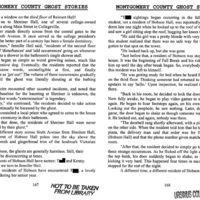 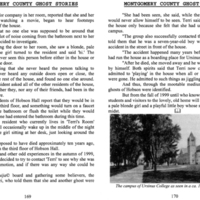 Page 3 of a piece featuring the ghosts of Reimert Hall, Shreiner Hall, and Hobson Hall. The Hobson Hall's Ghost T and Ghost Kenny feature this page. 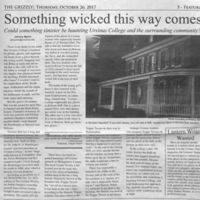 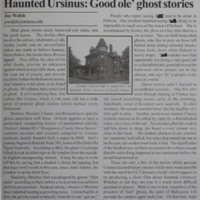 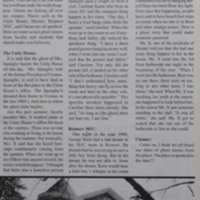 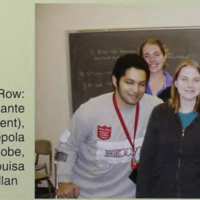 Yearbook group photo of the Cinematic Guild's members with their names listed to the left of the picture.

← No Peace For The Peace Tree
Clamer Hall →
Hauntings at Ursinus