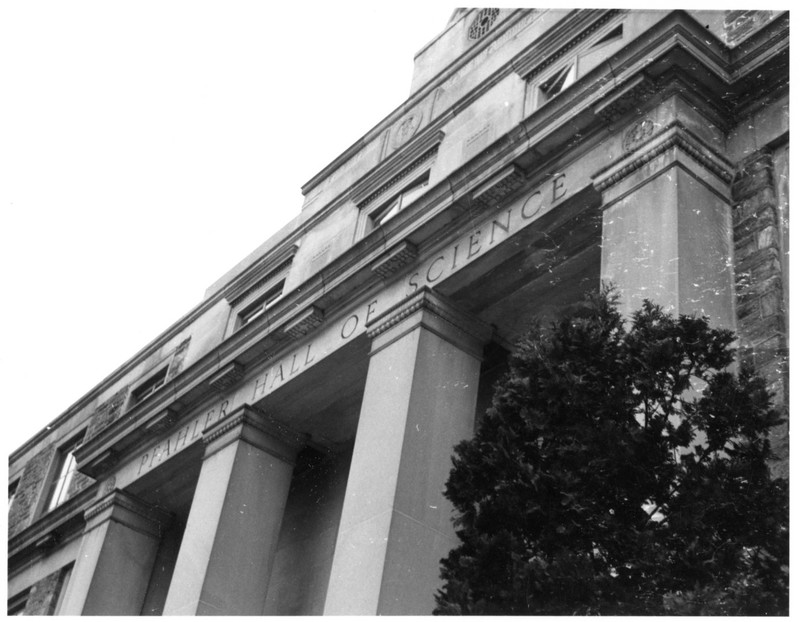 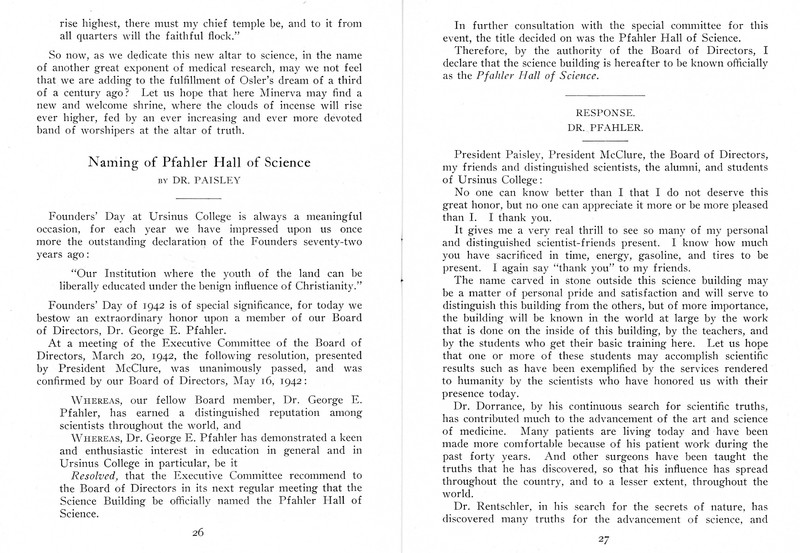 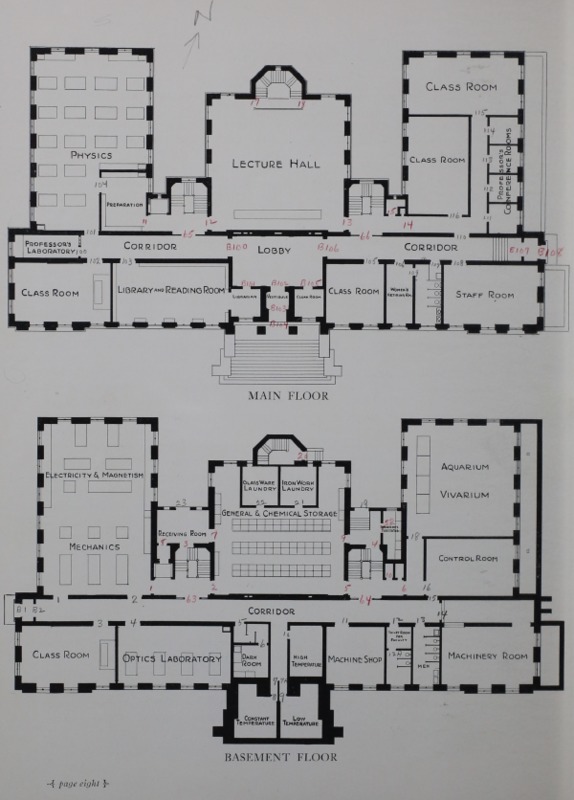 This image shows the original layout of the first and basement floors in 1932 - note that the radioactivity labs are labelled as the 'Constant Temperature' and 'Low Temperature' rooms since they have not been refurbished into laboratories.

Construction for the ‘new science building’ took place throughout 1932 with no delays in construction (and no strange deaths recorded) [1]. With the building complete, lab equipment and furnishings were quickly added during that summer so as to prepare the hall for student use as quickly as possible [2] [3]. The inside having been transformed into a fully functional academic building, the outside of the building began to be prioritized the following year when motivational inscriptions from Kepler and Faraday were cut in to decorate either side of the front doors; however, the delay between indoor and outdoor embellishments didn’t stop early compliments being poured upon the still unnamed structure [4].

Declared to be the “most substantial structure on campus” that should be sturdy enough to stand for centuries, “visitors […] pronounced it the most complete and up-to-date building of its kind in the United States” and were evidently eager to see what daring new revelations would take place in such a building [5] [6]. Because it was intended to be used as a science hall, the “determined […] character of the building” was based upon ideas related to testing out theories through actual experience – an act that is comparable to legend hunters travelling to supposedly haunted places to experiment with the unknown [7]. In fact, one professor commented that “the college that provides itself with laboratory facilities but does not institute a research bureau fails to inspire and enrich its student body with the creative atmosphere so necessary to productive thinking” [8]. With this clear focus on inventiveness and the availability of 13 teaching labs, 9 professor’s labs, and 2 special research labs with which to implement such scientific curiosity, the ‘science building’ began its life on campus as a teaching space for mainly Biology and Chemistry courses [9].

However, the labs that have become urban legends to the modern Ursinus campus were not included in this initial roll call; they actually began their lives as constant and low temperature rooms underneath the grand main entrance staircase, not gaining use as radioactivity labs for some time. While the year in which the refurnishing of the temperature rooms into labs is not known, their shifting roles within the broader context of Pfahler caused me to consider the multiple possibilities behind their transformation and shuttering. What had stood out to me upon initially hearing the legend was the fact that they were used for radioactivity experiments, something that has very different associations today than it did during the 1930s – did that play a role in creation of the single sentence story about the labs? I quickly found out after some digging that the characterization of radioactivity and radium has shifted vastly from the public perceptions of those early twentieth century years and that this change offered some important clues toward understanding the Pfahler labs.