No Peace For The Peace Tree 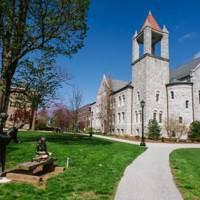 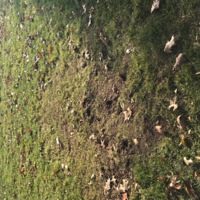 A Peace tree circled in protest and mysteriousness, the tree was destined to be a legend in this time of political and social ambiguity that stretched over many years, leading us to today. We began our search to find our missing tree, to bring strength and courage and hope back to our campus, but we’ve come to see the impact a single tree left on the campus as we uncover more hidden truths. The memory of the Vietnam War haunted the campus in 1969 and the tree is a stark reminder of all that Collegeville and Ursinus have to lose.

When Carolyn Weigel came to our class in the beginning of the 2017 Fall semester, she brought some things from the archives. To be honest, I was mildly interested and wasn't sure how this was useful. One thing she passed around was copies of the Rubys. In the 1970 Ruby there was pictures of Protest graffiti, which led me to looking into the 1969 and 1970's newspapers from Ursinus.

I began looking for strife and dissention within The Ursinus Weekly papers in the archives. One of my (future) team members happened to be in the archives with me. Jarvis was speaking on how she heard this legend about radiation labs being in Pfahler Hall to Carolyn Weigel. We began to muse about having a project on myths and legends of Ursinus College.

When researching the history of this tree in modern day, it was set as an obstacle. This obstacle was born from the fact that the tree was lost in Ursinus's history. There is very little information and some information logical leaps of logic have been made to synthesize and analyze the mystery behind the Peace Tree.

I was sitting there looking for signs of unhappiness in the campus when I saw an article about a moratorium for the Vietnam War, where one of the activities was planting a Peace Tree or a "tree of life [1]. I had thought it was cool and started to read more for the location of the tree so I could go visit the site. When I couldn't find it, I asked Carolyn Weigel where it was and she didn't know. After asking around, we realized no one really knew.

Once our teams were formed our first step as a team was to get IRB approval, which would allow me to ask people directly about the tree and its location.

After contacting many people, Carolyn got a hit from James Shuttlesworth. He knew where the tree was and after we had talked to James Shuttlesworth, he directed me to where he felt the tree was. He sent me the two maps at the bottom. The first one with the green circles on it shows the trees that are on campus. The second was a satellite image of the tree before I learned the truth of it, which (eventually) introduced me to Neil Tyson, the head landscaper.

I was excited to have finally found the tree I had dedicated so much time to, but there was a sadness when I discovered that the tree was removed this summer, just weeks before I started the Bears Make History course.

But my journey is far from over. I plan to continue in my quest to bring life, justice, and knowledge back to this important moment of Ursinus History. Honestly, It’s not just Ursinus that was only affected because on the scroll buried underneath had the names of Collegeville soldiers whose lives were lost. I want to remember these men, whether the Vietnam war was a good thing for the country or not. Those men deserved to be revered and remembered.

On December 7th, 2017, I went to the site where the Peace Tree was dug up and began to dig with Neil Tyson with the goal of finding the scroll lost in the ground.

When the tree was dug up, the people in charge didn’t know about the tree’s history or the scroll buried underneath. So they took the tree and left the scroll. Because the tree lost in history there was no way they could have known. So on that day, we dug in search of the scroll. The mission failed because the roots were too much to work through. In all honesty, we didn’t even know if the scroll was there still because of all the years in the ground it could have disintegrated. Though it failed, it does not mean we give up. Instead, I am going to plant a tree in honor of the Peace Tree and the Vietnam War. My research will continue after this class as I hunt down the names of the soldiers whose lives were lost in the war so that I can bury a new scroll with a new tree that is properly marked. This will bring knowledge, courage, and strength back to our campus.

The Peace Tree's story isn't over yet. I can't let this tale end on such a heartbreaking note. The tree, war, and Ursinus history will be remebered. I won't let it be forgotten again. 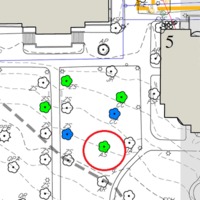 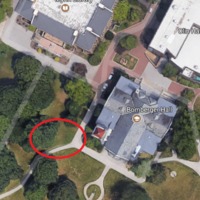 ← Protests, Graffiti, and "Next - The Tree"
Hauntings at Ursinus →
The Phantom Peace Tree
No Peace For The Peace Tree