The Number of Women at Ursinus 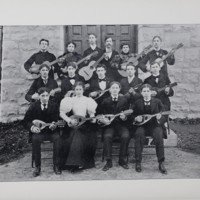 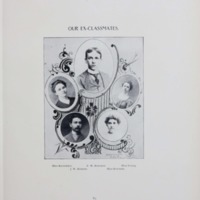 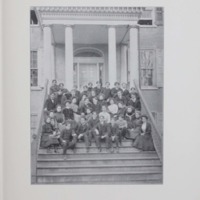 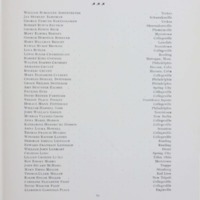 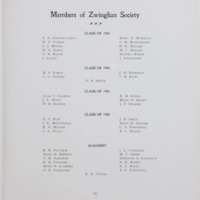 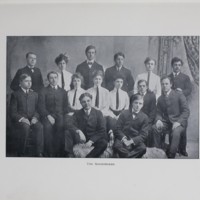 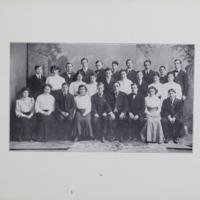 As the years continued, Ursinus College would, on average, see around one to two women enter the college’s freshman class every year. This number is somewhat larger, but still not very large, when considering the Ursinus Academy female students.[1] One potential reason why this number was small may have been that families did not feel as comfortable sending their daughter to a newly coed school, but this fear was quelled by a growing population of women.[2] Due to the disproportionate ratio of men to women, another potential reason for this discomfort was the effect that any number of women dropping out of Ursinus had on their class. The class of 1901 lost three women, therefore causing the class to graduate without a single woman.[3]

A little historical detective work can help illuminate the number of women at Ursinus, especially those actively participating in campus life. While searching the Olevian Literary society, an all-women’s literary society, I came across a log in one of their books of what looked to be twenty-six female members of unknown years or programs, College or Academy, in 1888.[4] There is no yearbook for that year, as they began in 1897, for me to cross check these women. But looking at later yearbooks, I found that the Zwinglian and Schaff literary societies’ pages include categories for not only the different years, but also a group for academy students.[5] In the 1903 Ruby I came across a photo of the Academy students, which had an equal if not larger amount of women than the Ursinus College student body.[6] This, to me, suggests that it is a safe bet to say that the twenty-six members of the Olevian Society were inflated to some extent by the women of Ursinus Academy.

These numbers may seem small, but remember that organizations on campus were far and few as the entire population of Ursinus was still very small; between the years of 1888-1889, there were 180 students.[7] This number is difficult to work with because it is assumed to mean the students in the Ursinus College, Academy, and Seminary school combined. Understanding these numbers is crucial because it influences how we understand change over time. The small size of the student body further demonstrates the excellence of these women pioneering several clubs and organizations. This was all done despite the women’s fewer numbers in contrast to their male counterparts. Their excellence was also highlighted in the ability of these women to make room in clubs that consisted entirely of men, especially in instances of women taking leadership roles in the many clubs, organizations, and class executive boards.