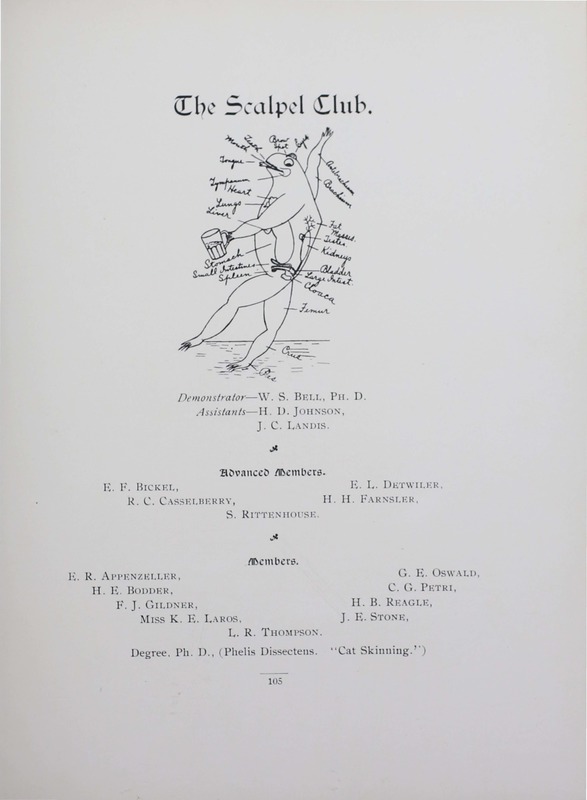 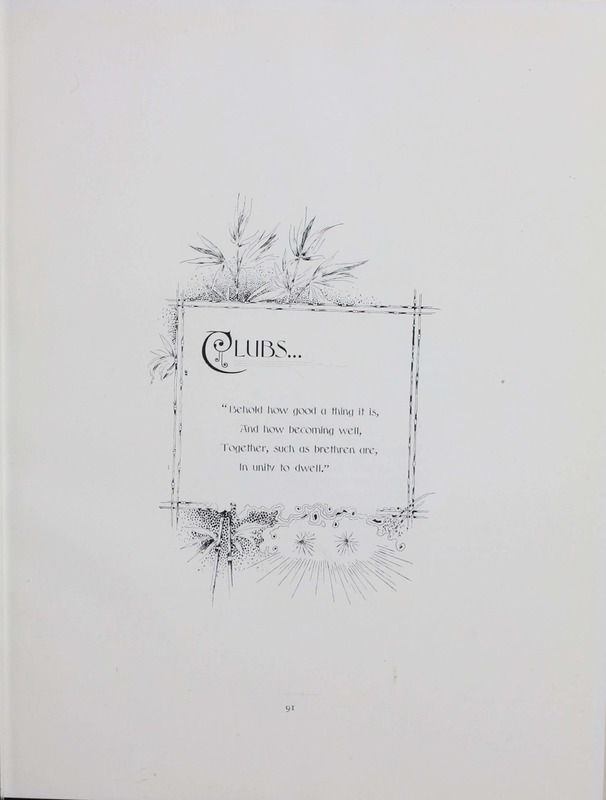 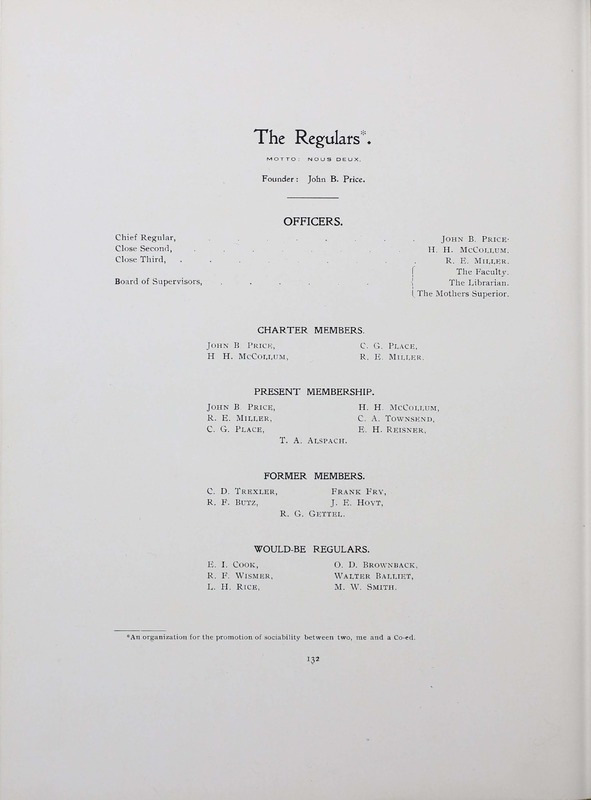 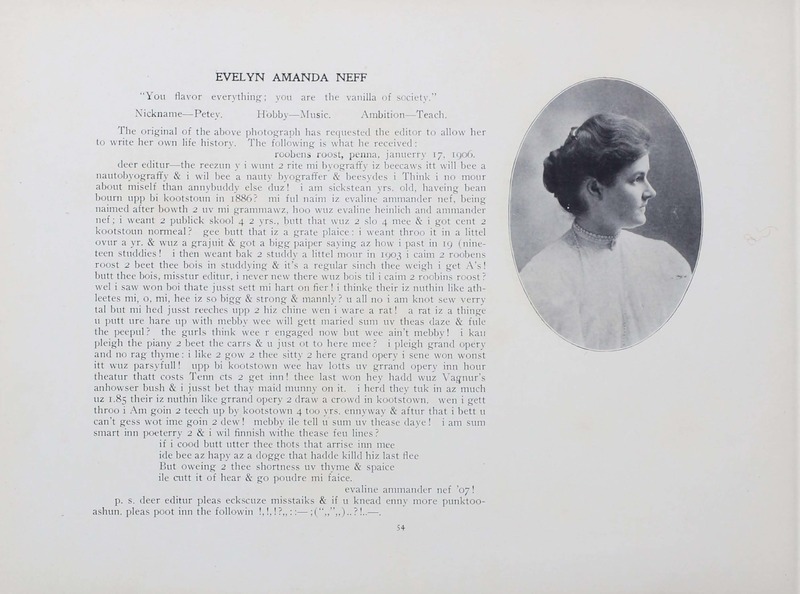 Clubs are another crucial part of extracurricular and social life at Ursinus, both then and now. Researching the early clubs in the Ruby was an interesting process. At first, I came across unusual clubs. For example, in the 1898 Ruby, there are clubs named the Farmers Alliance, Freshman Mustache Club, Lover’s League, King Dramatic Club, East College Water Company, Dr. Good’s Menagerie, and Our “Willie” Boys.[1] At first glance, I took these clubs at face value and just accepted them as being somewhat odd. But, looking at the 1899 Ruby, I could no longer find any of these clubs. Admittedly, they could have been created for a year and not reestablished the following year. But, the more probable explanation is that these clubs were a joke in the yearbook. Whether this joke was one made by just the editorial staff, submissions by students, or a collective joke between an entire group of people, the nature of these clubs doesn’t make sense any other way. Looking at these clubs in this new light makes sense; after all, the school was relatively small, and it would not have made sense to have that many niche clubs. Importantly, the women of Ursinus were included in these gag clubs, whether by personal choice or by editorial insertion. Thus, on some level, these women were integrated into humor, suggesting that they were indeed a part of campus life. That being said, we cannot personally know whether these women were in on these jokes or, rather, simple targets.

It seems fair to conclude that it may have been a little bit of both, with more evidence supporting the idea that women were included in the humor. The archives may not reveal the exact answer, but archival material does reveal women and men interacting through various events, such as men visiting the women’s dorm for a meal and entertainment, and men and women both participating in clubs and organizations on campus. On top of this, women appear in yearbooks in places that do not read as “insults,” such as the quotes page in the various yearbooks. Several of the yearbooks also include a few pages on the “Coeds” of Ursinus, usually with a blurb and a photograph of them, which seems again to signify their inclusion.[2] Understanding women’s roles in little aspects like jokes suggests that men and women truly did interact in similar circles and shared mutual inside jokes.