Who is William Crigler? 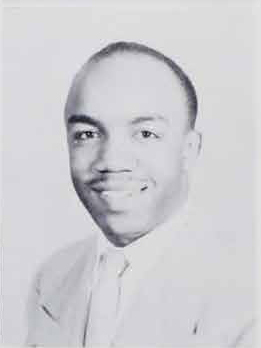 The first African American student graduated from Ursinus College in 1956. His name was William Robert 'Bob' Crigler and he hailed from the small town of Orrville, Ohio. One day, Crigler says, a scout from Ursinus college "came looking for an African American student to enroll." And upon the scouts meeting with Crigler, he was recruited. Crigler’s education was supported by the college and his community church; Crigler believed that without the financial aid he would not be able to finance his college career. In order to prepare for the rigor of Ursinus College, Crigler studied Latin I and Latin II in six weeks -- a testament to his dedication to education. After an intensive six week study period, Crigler matriculated into Ursinus College where he studied psychology, played baseball and football, sang in the school choir and became a member of Delta Mu Sigma Fraternity. While Crigler notes that he was not treated differently by his peers because of the color of his skin, he did report that he received some of “those glances” from his peers. Notably, Crigler was not only the first Black student to graduate from Ursinus, but he was also the first person in his family to attend college.

Crigler went on to obtain his M.P.A. from Pepperdine University in 1975 and Ph.D. from Claremont Graduate University in 1979. Dr. Crigler continued his work in psychology as the executive director of the Chaparral Treatment Center, Victor Treatment Centers INC in Colton California. During his time in that role, he created an internship opportunity for Black psychology majors at  Ursinus at his treatment facility in California. Dr. Crigler’s perseverance and long-lasting support demonstrate his commitment to the success of Black students at Ursinus College, which his namesake, the Crigler Program aims to achieve as well.