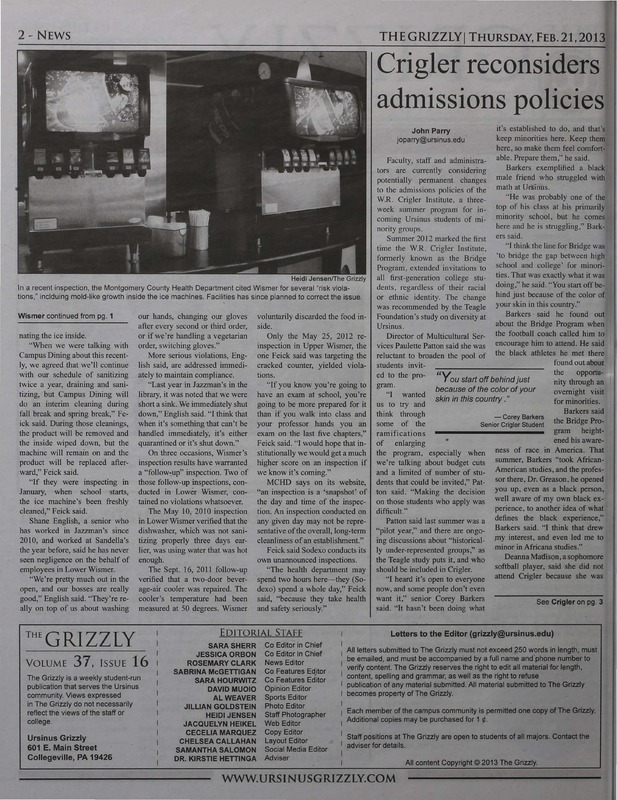 An article from the Feb. 21, 2013 Grizzly summarizes any recent administration policy changes to the crigler program, and marks a discussion for any further future changes to the program.

Summer 2012 marked the year where new program policy was implemented. As a result, First generation college students were enrolled in the program regardless of their ethnic and racial backgrounds. Paulette Patton shared her concerns for the change in policy as it the may exclude the group the program was intended for and may be especially concerning when deciding who can be admitted given the limited capacity and budget cuts.

The Teagle Group's findings (researchers from McDaniel College on diversity studies at Ursinus College) suggest that historically under-represented groups should be considered and ultimately included in Bridge program. These finding may have encouraged the college is extended the invitation to more students and expand upon future policy concerning who can be a part of the Crigler program.