Ursinus' financial state during the 1930s

This Tower Window talks about the introduction of loans offered to students who cannot afford to pay their tuition and who cannot find a loan at a financial institution. This is one of the first signs of the Great Depression affecting Ursinus College. 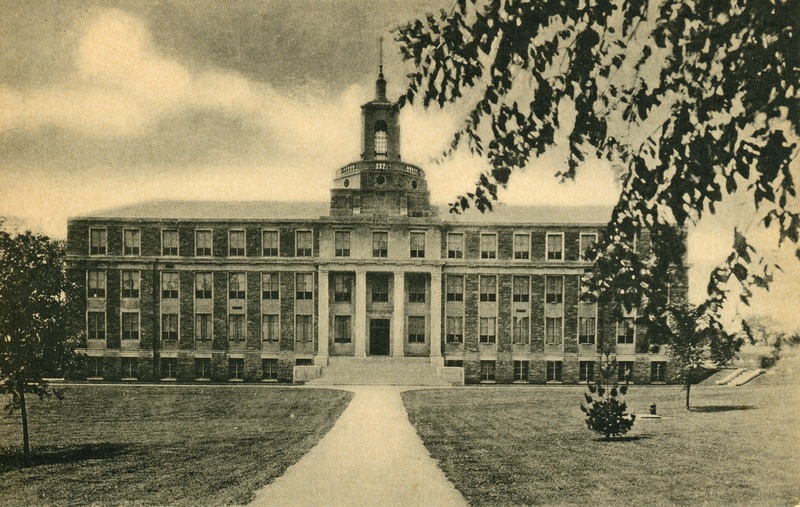 A photo from a postcard of the Science Building that is now called Pfahler Hall.

Ursinus College, like many other institutions across the nation, was affected by the Great Depression. Two sources tell the story of Ursinus’ reaction to the Great Depression and though they are not conflicting, they tell two different stories. The college newspaper The Ursinus Weekly gives a primary account of the events that transpired on campus showing the campus culture in a rather positive light while Ursinus College: A History of its First Hundred Years by Calvin D. Yost does not shield the readers eyes from the college’s financial hardships.

Ursinus was hit by the Great Depression but the signs weren't readily apparent until the construction of the new science building in 1931, which we now call Pfahler Hall. The college’s main donor Cyrus H. K. Curtis gave the college more than $200,000 worth of his company’s stock to help finance the science building.[1] This was a generous donation at the time of the gift but due to the stock market crash the price of the stock dropped and the gift fell in value, consequently leading to a decrease in the college’s funds which left them without necessary funds to build the new science building. [2] At this point in time the college was building new buildings and did not have cash to pay for it. As a result Ursinus had to borrow money from as many banks as it could to come up with the cash to fund these projects and as a result its credit plummeted. [3]

The Ursinus Weekly on the other hand painted a much different picture of what was going on with a few exceptions. For the most part, The Weekly shows the students engagement on campus in a similar manner to the 1920s; however, in one section of a column titled The Tower Window written by President Omwake he wrote about the addition of a student loan program to assist the students struggling to pay their tuition or who could not find a loan at another financial institution. [4] Omwake writes that, “our Board of Directors, a year ago, established a Loan Fund from which students above the Freshman year who cannot borrow elsewhere, might secure loans to cover balances due at the office of the Treasurer”.[5] Additionally the cost of Ursinus’ yearbook The Ruby proved to be too expensive for many students. In The Weekly, the editor wrote that due to the economies of scale of producing The Ruby, if a certain percentage of the student body purchased The Ruby the cost would go down and more students would be able to afford it.[6] Finally, in 1934 the editor of The Weekly wrote about students working for the college to help pay their tuition.[7] Despite these instances, The Weekly shows few signs that the college or its student body were affected by the Great Depression. 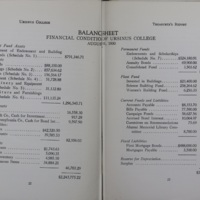 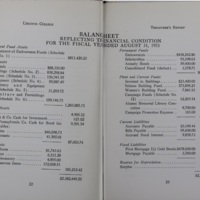 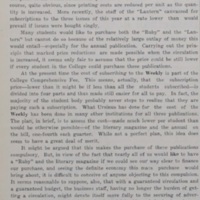 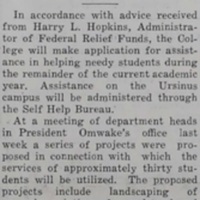