Ursinus's financial state during the 1920s

An article from The Ursinus Weekly about the campaign to aid the construction of new buildings on campus. The goal of the capaign was to raise $1,290,000. 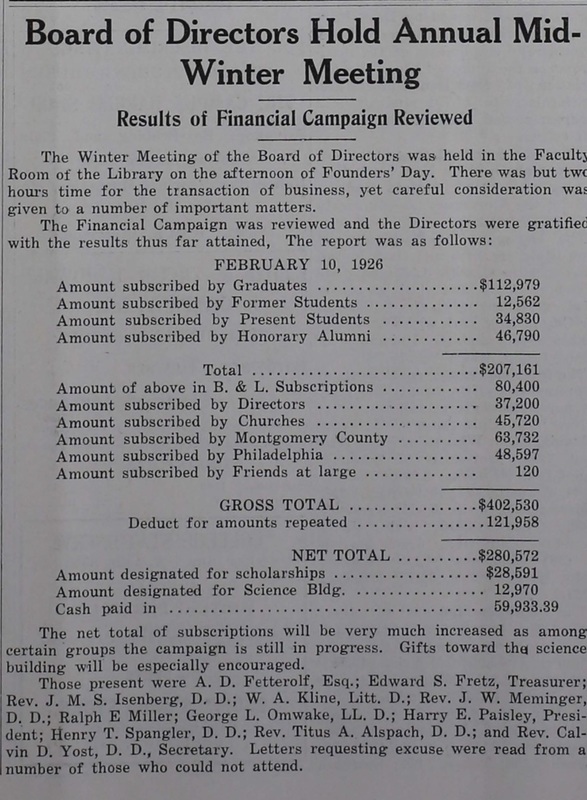 An article in The Ursinus Weekly showing the results of the campaign.

An article in The Ursinus Weekly announcing a campaign to fund major projects on campus such as: the new science building, the men's dormatory, and the football stadium. 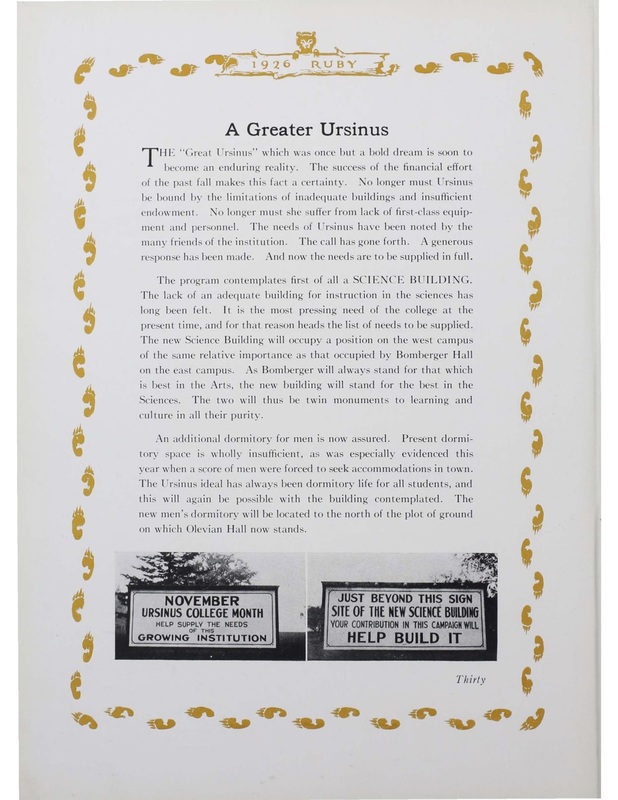 Two pages in The Ruby speaking about the success of the campaign and explaining all the projects on campus that it can fund. 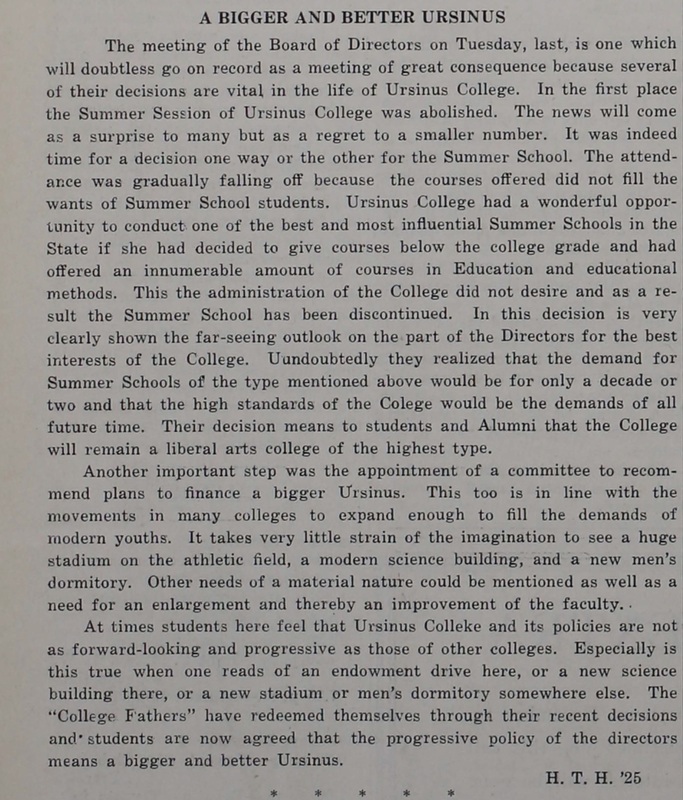 An article from The Ursinus Weekly about the school directors' plans to make Ursinus bigger and better through the building of new buuldings for the students.

During the 1920s Ursinus College experienced financial prosperity and was full of hope to grow the college and erect new buildings on campus. This was a great time for the school due to the Roaring ‘20s and the school embraced this party culture. During the ‘20s the college made plans to build: a new football stadium, men’s dormitories, and a new science building.[1] These projects were taken on to enhance the college and provide more living space and opportunities for Ursinus students. Today, the science building stands as Pfahler Hall and the men’s dormitory stands as the Brodbeck-Wilkinson-Curtis (BWC). In order to fund these projects, the college started a campaign to raise money.

Ursinus ran a campaign to build these three buildings and in this campaign it had a goal to raise $1,290,000.[2]  Another goal of this campaign was to increase the overall endowment which would help with more future projects.[3] The Ruby, the campus yearbook wrote about the campaign and its great success and how the buildings it raised funds for were sure to be built.[4] Before the campaign the buildings on campus were inadequate and could not support all the students and their social and academic activities.[5] In addition to the men’s dormitory, a women’s dormitory was added to the plan so that the college could increase the enrollment of female students.[6] In order to fund this campaign the college hosted events to raise money from alumni.[7] While successful, the campaign fell short of its goal of $1,290,000, it still managed to raise $280,572.[8] When adjusted for inflation this is worth $3,909,984.82 today. Even though the campaign did not reach its goal, the school still found enough capital to move forward with these projects.

[2] Ursinus College. 1925. "Fill Vacancies in Faculty and Personnel of the Institution." The Ursinus Weekly, June 8: 1. 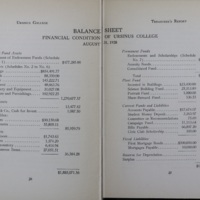 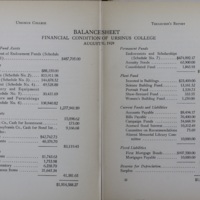 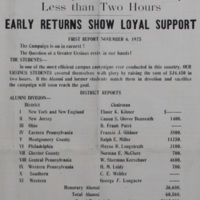 An article from The Ursinus Weekly showing the results from the campaign by region of the country. 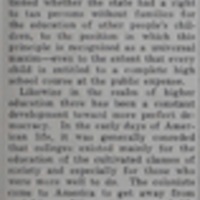 An article from The Ursinus Weekly talking about the importance of democracy and showing the statistics of the occupations of the students' parents.