Does the Curtain Really Close? 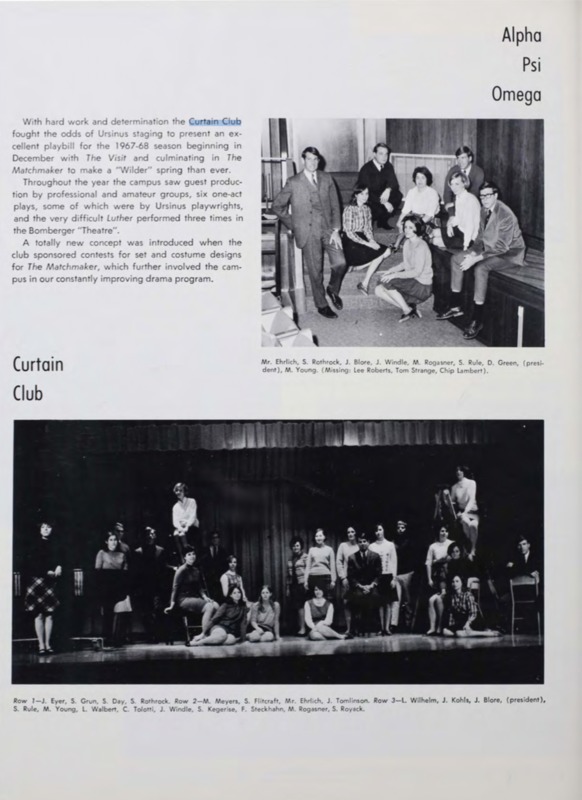 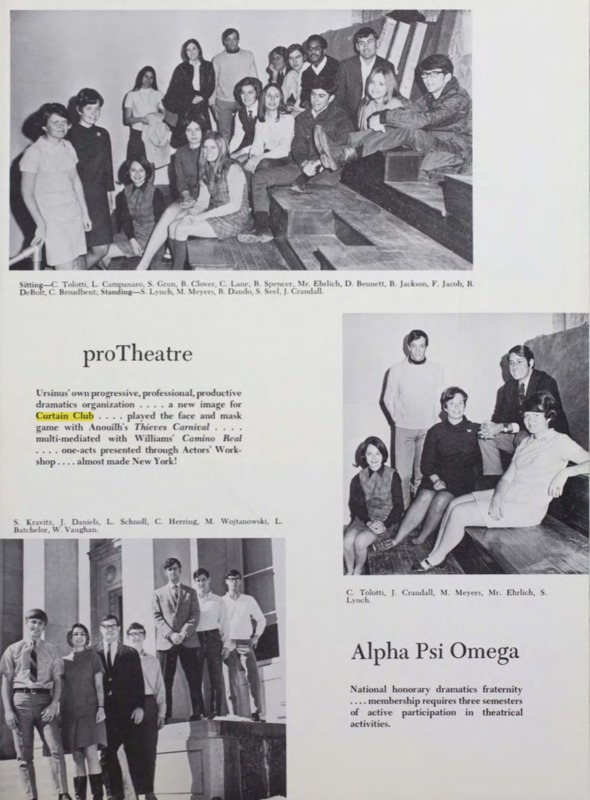 The Curtain Club officially began in 1930, and its sojourn at Ursinus lasted until 1968, when the Curtain Club changed to ProTheatre; however, does this mean that theater at Ursinus never evolved since 1968? The answer, in short, is "no."

Today, Ursinus hosts two theatrical performances per semester. Sometimes Ursinus only holds one performance (e.g., in the event of a musical), because such a performance needs many cast members and budgeting will not allow for another production to take place. Breakaway Student Productions is Ursinus' student-run theater organization today. Each semester, Breakaway produces a student-written, directed, and staged play. Breakaway also hosts One-Acts, short plays that are one act long, giving more students the opportunity to work within theater without any prior knowledge.

Breakaway and Ursinus Theater performances both show Protheatre's democratic approach to theater in their staffing. Breakaway requires no prior theater experience or knowledge. If a student possesses an interest in theater at Ursinus, they can simply attend meetings, contact the board members, and audition. The same rules apply to Ursinus productions: any student can participate. With the numbers of Ursinus theater crew and cast members dwindling, requirements have lessened to accommodate more students and help for the production season. Productions would suffer if participation were restricted to only Theater majors or those with experience in the technical world of theater. While the Curtain Club originally sought only "actors of ability," the energy and prowess of Ursinus' theatrical productions remain steadfast. With the guidance of Dr. Meghan Brodie and Professor Domenick Scudera, the theater department at Ursinus is a constant reminder of how diverse, welcoming, and entertaining the performing arts are.

The past affects the present, and in the case of the Curtain Club's transformation into Protheatre, this transformation was one of many on the path to Ursinus' inclusivity today. 

← Curtain Club Staffing and Personnel
Does the Curtain Really Close?