Ursinus was dabbling in computer programs for educational purposes. Faculty suggested that the college look into computer opportunities for professors and students. Faculty also realized that, although  computer science was in its beginning stages, Ursinus's existing computer programs helped gain new enrollment. Ursinus was also considering the very real possibility that the computer science major would be born or mixed in as a dual major with mathematics. The article closes by speaking on how the Ursinus committee on computers is expected to make their first report on the computer science study to the Academic council by February 15, 1979 (Schwalm, 1). 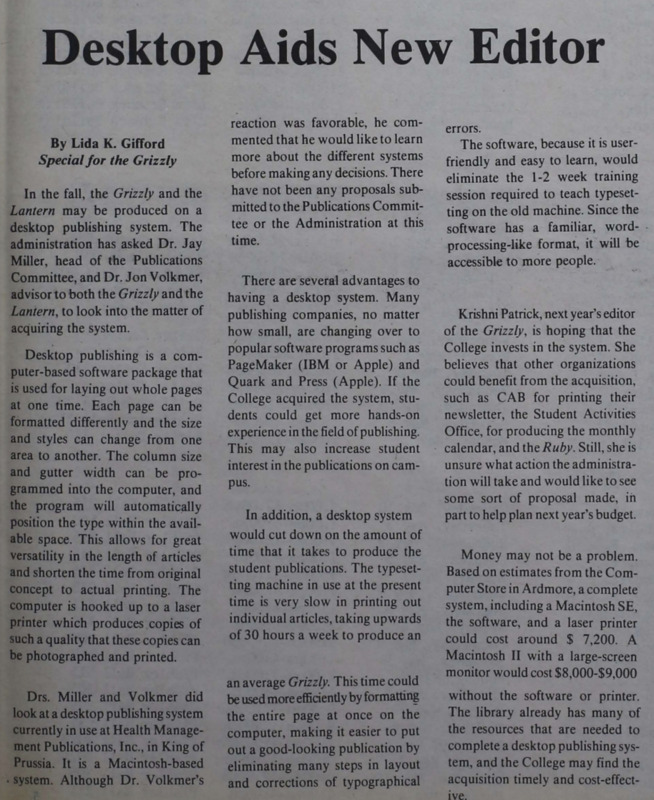 Ursinus students are growing more dependent on computers to the point that there are too many computers needing to be repaired. Ursinus students during this time are realizing the dangerous complications of this new addiction. This article points out the positives of how students can surf the web and do what before was once impossible. Though the author also recognizes that there are new problems, like when a computer crashes and loses all the information; this same issue wouldn't occur with pen and paper. This article's point is to advocate for the university to get more staff and use the money on more computers and upgrades. The author recognizes in 1996 that Ursinus students' dependency on computers would grow to the point that students would all need their computers. During this time Myrin library housed the computers which students heavily used so students themselves were advocating for more personal computers. This is a significant moment in UC's digital history because we see heavy student and college initiatives to implement computers in academia. Even this early on students and staff could predict our growing computer dependency would not halt. 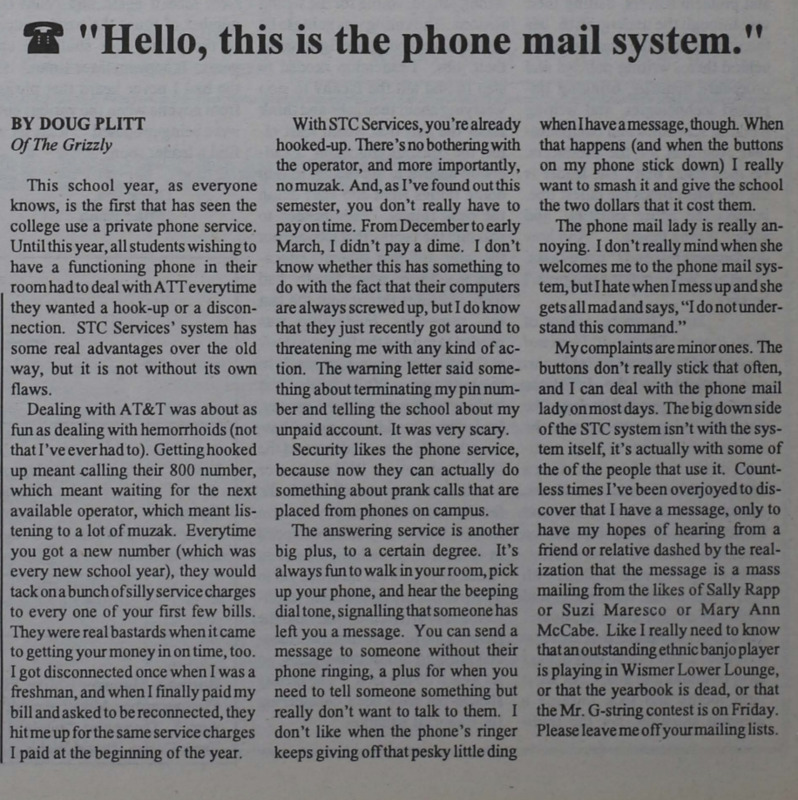 This article is discussing the implementation of private phone service. Ursinus College ended its AT&T phone service and began one with STC Services. There were multiple benefits for students, like fewer billings and waiting on available operators. However, there were some drawbacks, as stated in the article. “The STC system isn’t with the system itself, it’s actually with some of the people that use it.” (Plitt, 4) This shows that the implementation of newer technologies did not come perfect, rather it sometimes was a trade-off between technological advances and hiccups that come with updated tech. It is a specific student’s perspective on what the Computer Room Etiquette should be. This can be both a negative and positive of the implementation of the Digital Age. The introduction of the computer and the computer room lead to one main problem- how should people behave while surfing the Web?

Positive Effects of the Digital Age →
Technology & Education: The Beginning