Positive Effects of the Digital Age

“But your concepts of academic identity and academic reputation do need to expand: Twitter and social media and digital platforms are now a part of scholarship, as modes of communication and of scholarly practice”

The digital age gave Ursinus College many positives throughout its implementation. Starting off, a summer school program Ursinus would be implementing that enabled students who scored 650 or higher on the SAT/PSAT would eligible to take courses in computer science and statistics as reported in The Grizzly on April 18, 1980. This program also allowed high school students to take advantage of this academic opportunity. This was crucial to the changing academic environment and the introduction of computer science as a viable major. This is one of the earliest sources in regards to bringing up computers at Ursinus and the summer program that grew into the official establishment of computer science. 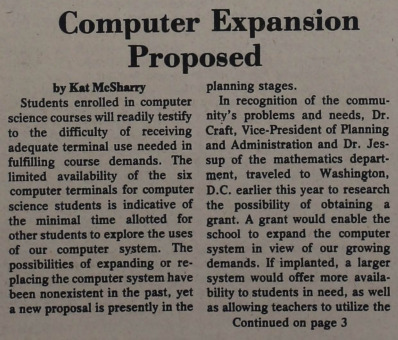 Another positive effect can be seen in this article. This article talks about the positive impact of new technology on the grizzly. They would be transferred to a desktop publishing system. The computer program “allows for great versatility in the length of articles and shortens the time from original concept to actual printing”. The transfer to a computer-based system would enable students to get more hands-on experience in the field of publishing. This article covers the wave of efficiency that computers brought to literature/text. Computers were also seen as easier to learn than the 1-2 week training sessions needed to teach typesetting on an older machine. 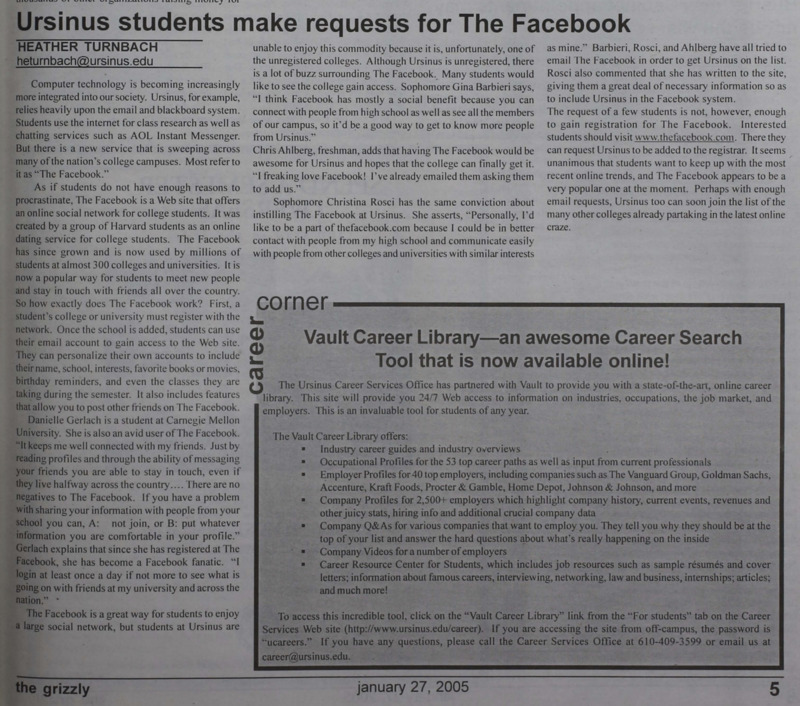 The Digital Age, as it is the first time that social media was mentioned in a Ursinus publication. As one can read in the article, the students at the time were ecstatic and anxious to finally implement the Internet into their social media lifestyle, with the introduction of Facebook. As this was the first time a major social media platform was created, the article gives an explanation as to what Facebook - “is a Website that offers an online social network for college students” (Turnbach, 5). This shows a positive effect of the Internet Age because it allowed for a different type of socialization for students that still impacts us today.