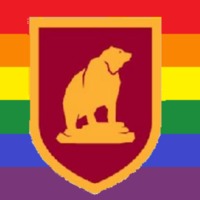 Champions of Snell Field; The Legacy of Eleanor Snell 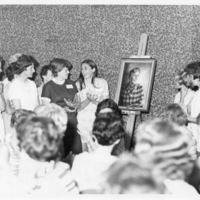 Eleanor Frost Snell was born in 1900 in Nebraska. Given societal constraints at the time, Eleanor was prevented from participating in intercollegiate sports. These restrictions, however, were insufficient to stop her. At the University of Nebraska, Eleanor pursued physical education and became involved with the Women’s Athletic Association [1]. After teaching at various schools, she later enrolled at Columbia University, where she joined the field hockey club [2]. While on the field hockey club, Eleanor was selected to compete at the United States Field Hockey Association Tournament [3]. She was successful in the classroom and on the turf. That said, it was not until Eleanor taught and coached at Ursinus College that she really solidified her legacy. In Eleanor’s 40 years of coaching, she never had a losing season. Her overall record consisted of 674 wins, 194 loses, and 42 ties. Additionally, 25 of her students were named to the U.S. Field Hockey Team [4]. In fact, during Eleanor’s time coaching field hockey, there were more Ursinus All-American field hockey players than any other college or university [5]. Even though Eleanor’s players were successful in their time spent playing field hockey, Eleanor emphasized the importance of sportsmanship, growth and development. Perhaps it could be argued that Eleanor’s greatest accomplishment at Ursinus was the impact she left on her players and the rest of the Ursinus community. At a time when women’s athletics was looked down upon, Eleanor guided her players and challenged them to do their best. She created a space at Ursinus for women to love, accept, and encourage each other. Eleanor was an athlete, teacher, coach, and woman—and in playing all those roles she became more than any one of them alone. Eleanor’s values and beliefs helped empower women and encourage women to pursue athletics. Her coaching style set the foundation for what fellow coaches to come should model and exhibit. Eleanor’s legacy makes her the true champion of Snell Field; however, she paved the way for many more champions to come.

Given the research our team has conducted about Eleanor’s accomplishments, leadership, coaching style, values and beliefs, from our perspective, we can conclude and argue that Eleanor Frost Snell’s monumental success on and off the field adds onto her legacy, strengthening the impact she left on Ursinus, making her a model for what fellow coaches and staff to come should follow.

We would like to thank Drs. Throop and McShane, Ms. Carolyn Weigel, Mr. Andy Prock, and Ms. Christine Lanicelli for making this project possible. We appreciate your guidance, helpfulness, and encouragement.