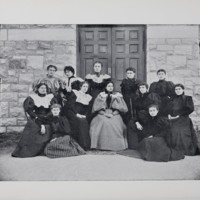 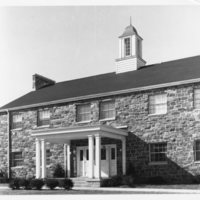 Major Growth, Minor Pains: The Development of the AAAS Program at Ursinus College 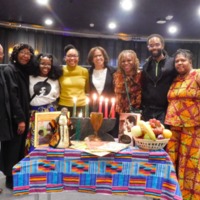 The African American and Africana Studies (AAAS) program is a recent addition to Ursinus College, as new as 2004. The program offers a minor to students interested in exploring the African Diaspora in the U.S. and beyond. In this exhibit, we will explore the growth of one of the college's most interdisciplinary programs. This will include a full history of the AAAS program beginning with student intrigue and courses prior to 2004, past and current courses and professors of the program, and the impact of the program on the culture and student life at Ursinus including SPINT housing, and program oriented events and trips.

Before the African American and Africana Studies program was official at Ursinus; there were many demands for more educational courses about Black and African History included within Ursinus' curriculum. The most pregestious advocate was Byron Jackson who was a Black, male student at Ursinus College and led Ursinus' BSA/BSU. Aside from Byron, there were also other students from Ursinus' past who voiced their opinion on the lack of courses about Black studies. This portion will include articles from the Ursinus Weekly, now known as The Grizzly, that illustrate the concern and yearn for courses on Black and African History. These discussions highlight the need for Black Studies at Ursinus before the arrival of the AAAS program.

The AAAS program is compromised of courses from numerous different departments. Since its start, the AAAS minor has been 20 credits with 4 credits of introductory classes. Through the 15 years that the program has existed, classes have changed department or name, been eliminated, and new ones have been added. The diverse courses offered reflect the interdisciplinary nature of the program.

Viewers learn of how the Ursinus College African American and Africana Studies Program has impacted both culture and student life on campus. Since created, the program has provided students with the chance to learn of a diverse Africana history and culture by allowing students to enroll in program classes, complete research, and attend events and program trips.

The AAAS program today consists of many professors who reside in different departments, which provides each of them unique knowledge to make the program as well as rounded and perceptive as it is today. Many of the professors contribute in their own way through various courses in their particular department that focus on the African experience. As shown in the Courses and Requirements page, some of these classes include a philosophy course, previously taught by Reverend Rice, about the African American Religious Experience, to an English course, taught by Dr. Lott, about the African American experience in colleges throughout the country.

Cloake House History: The Cloake House is a residential alternative for students who are interested in AAAS or service roles in Sankofa Umoja NIA (S.U.N.) S.U.N. advocates for the needs of students at Ursinus while empowering, teaching, discussing and exploring the Black experience. The organization helps students strive for academic excellence, and promotes positive images of black people while also helping students become an integral part of the Ursinus College community. Cloake House began under Special Interest Housing (SPINT) which provides students with a unique opportunity to collaborate with faculty and their peers to create an affinity group. The affinity group should encourage students to come together for a common purpose while contributing to campus life. SPINT is an entirely student-run program, each house is assigned with an advisor who will support them in setting goals for the year to create and execute programs for the year. Students both interested in Africana and African American Studies and American History came together under SPINT housing. Now the Cloake House falls under affinity housing which allows students both interested in the AAAS program and S.U.N. to live in the house. Cloake House has had a rich history at Ursinus College. The events hosted at the house have ranged from socials such as hair mask-making to poster painting parties to discussions about the black experience at Ursinus College. While the house has faced criticisms for creating a space for those interested in AAAS and S.U.N., the house overall has proved to be a safe space for students at Ursinus College, specifically students of color. With the support and guidance of Dr. O the advisor for Cloake House, the residents of Cloake hope to accomplish more educational events in collaboration with the AAAS Department beginning semester 2020.

The AAAS program had little to no campus visibility prior to 2012-2013 academic school year when Dr. Nzadi Keita assumed the role of program coordinator. Early on, the program was budget-less and partnerships with Rev. Charles Rice and the Chaplain’s office, Mrs. Patton and Multicultural Services, and students from Sankofa Umoja Nia (S.U.N.) made these events possible. With the arrival of Dr. Edward Onaci, the program started hosting a Fall Social and Kwanza celebration in 2013. As the program began to grow, they were able to petition the Arts and Lecture Committee an eventually receive funding in 2015. The African American Africana Studies guest lecture series soon followed and was renamed the Rev. Charles Rice Speaker Series in 2017. It is crucial to note that the creation/hosting of programming is an additional responsibility that core members of the AAAS Program have taken on in addition to producing scholarship, teaching, advising and serving on committees. Faculty had to insist that these programs would count as part of their service to the college in order to meet the needs of students requesting such events, faculty, and staff who look like them.

We would like to thank Dr. Patricia Lott, Ms. Carolyn Weigel, and Mr. Andrew Prock for their continuous support and assistance.