The History of Ursinus' Greek Life

A Timeline of Ursinus' Greek Organizations

This timeline displays a chronology of all past and present Greek organizations in Ursinus' history, beginning with the first sorority in 1907 to the most recently created organization in 2015.

While this project does not examine the history of all of Ursinus' Greek life, this timeline is meant to help contextualize the individual organizations, including racial and gender inclusive groups, discussed throughout our project. 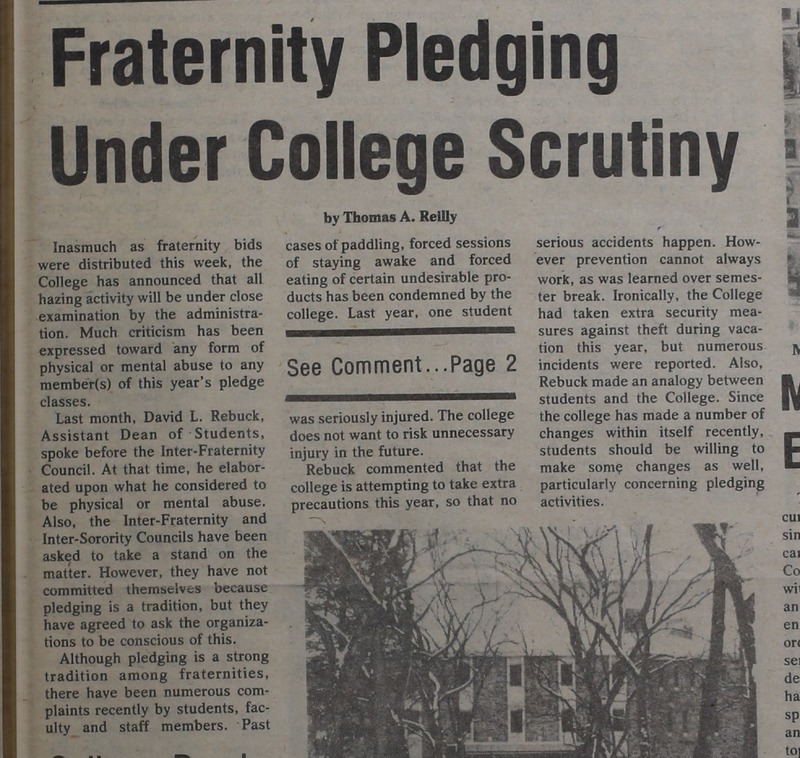 Student reports on how the administration began to focus on fraternity's pledging in 1980. 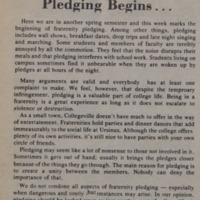 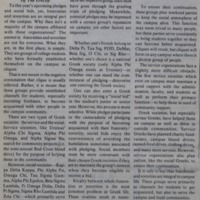 A discussion on the pros and cons of different Greek organizations in 1987. 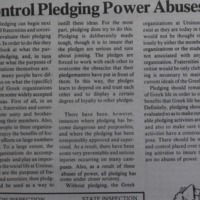 An unknown writer discusses the administration's re-evaluation of pledging and stresses the importance of the recent concerns regarding abuse of power. 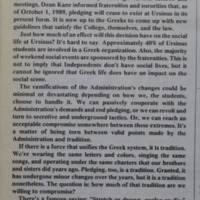 An editorial from 1989 on the continued challenges between administration and Greek life as pledging policies are reformed. 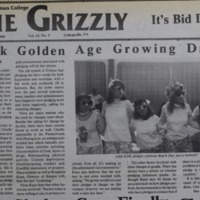 In 1989, The Grizzly reports on changes to the pledging process from administration related to Pennsylvania's anti-hazing laws. 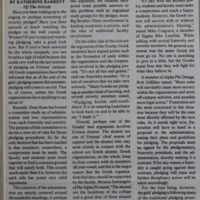 Students wonder if pledging will end with Dean Kane's formation of a new committee to evaluate pledging practices and policies in 1989. 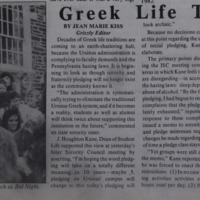 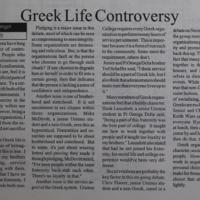 This article provides an overview of the positive and negative criticism of Greek life, including pledging, service, and separatism on campus in 1998. 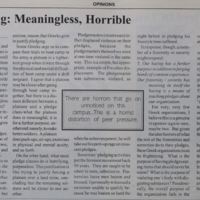 An opinion article that addresses why Greek life's pledging activities are harmful, written by a fraternity member from 2000. 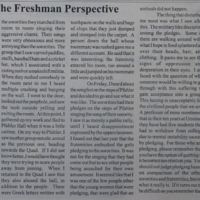 A freshman provides a perspective on the disruptiveness of rushing, the negative treatment of sorority pledges by fraternities, and questions the traditions of hazing in 2000.

The History of Ursinus' Pledging Conflicts

During the course of our research, we found an extensive history of conflicts between administration and Greek life regarding pledging and other social policies. While most of these articles did not necessarily concern our focus on diversity and inclusion of marginalized groups, we provide them here to show the broader context of campus conflicts regarding Greek life from 1980 to the 21st century.