This project was created by Paige Szmodis, Mya Flood, Chloe Sheraden, and Tom Bantley for the Bears Make History course during the fall semester of 2017 at Ursinus College.

Many thanks to those who helped to facilitate this project, including Dr. Throop, Dr. McShane, Andy Prock, Carolyn Weigel, Christine Iannicelli, all of our guests, and our class for all of their feedback. 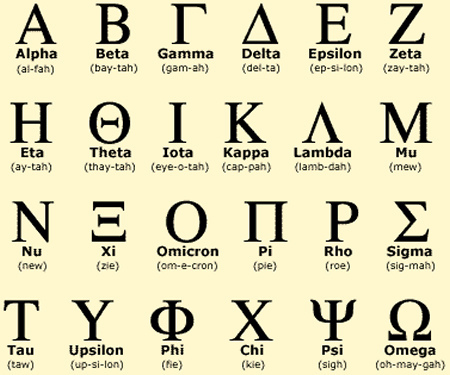 This image displays all letters of the Greek Alphabet and the corresponding symbology for those who may be unfamiliar with the letters referenced and depicted in photos throughout this exhibit.

The History of Ursinus' Greek Life →
About