Who was Eleanor Snell? 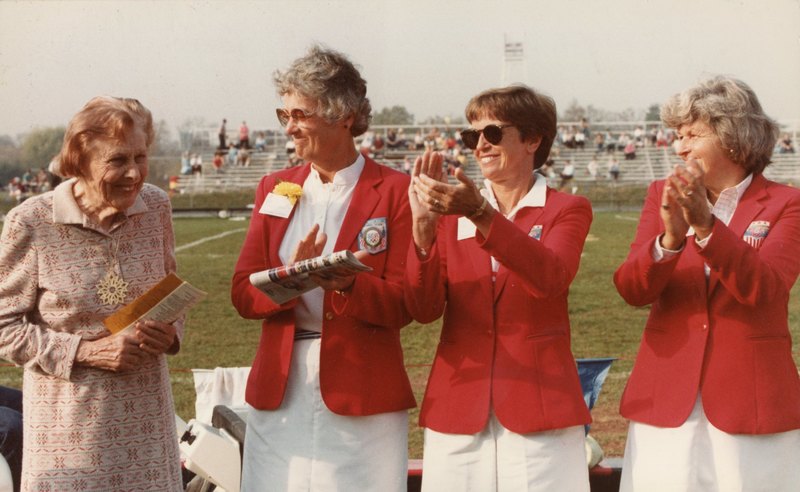 Eleanor Snell was born in 1900 in Lincoln, Nebraska. Ever since a young age Eleanor Snell was interested in sports and physical education. The she attended college sports for women were not allowed. She was very involved at the University of Nebraska; she was in Women’s Athletic Association, she was pursuing  physically training instead of English. Eleanor became the sports leader for hockey as well as in basketball, and went on to establish a reputation as a leader in athletic activities at the university[1].

Eleanor learned so much from her early years at college.  Along the way to becoming who everyone knows her as today she first started women’s programs in an Iowa high school where she started a gymnastics program. She also attended Columbia University where she became extremely interested in field hockey. She would be selected to the sectional team and go on to compete at the United States Field Hockey Association National Tournament [2]. Eleanor Snell was an exemplary in how she made all these women’s sports possible for everyone to play. It should offer a program that would provide the opportunity for movement experiences which are challenging and enjoyable, opportunities to gain competency in not only motor skills but also in personal relationships, and opportunities to develop the student’s ability to think and evaluate[3].

When Eleanor Snell came to Ursinus she was already such a smart individual. It was a bonus of how good of a coach she was, and how she built an empire of good teams at Ursinus. She is one that everyone should look at as one of the faces of Ursinus College. She put Ursinus on the map when it came to women's sports. Eleanor left an impact on many after by simply doing what is expected out of people. She supported women in so many ways that it is an understatement how important she was to women’s sports. Miss Snell’s impact is something that will never be forgotten because as long as women have sports she was a pioneer of that.

3. Gould, Harriet A., "A Study of the Professional Life and Contributions of Miss Eleanor Frost Snell to Women's Physical Education and Athletics."Â Eleanor Frost Snell Programs, Correspondence and Other Documents, (1974).Â https://digitalcommons.ursinus.edu/snell_docs/1