In 1978 we see the Ursinus newspaper evolve from the Weekly to the Grizzly, and this certainly wasn't the only change. Throughout the 1980's the evolution of cigarette ads was rapid and drastic. In the beginning of that era there were no ads about smoking anywhere. It was like smoking and all of the controversy around it did not exist. As the decade progressed, however, ads about smoking did appear sometimes. The only problem with those ads for the big tobacco companies is that they did not paint smoking in the glorious light that the past ads of the 40s did for them. These new ads were all made by the American Cancer Society and it told the American public the truth about how bad smoking is for you. The final cigarette ad that painted smoking in a positive light came in the October edition of the 1974 Grizzly.

The American Cancer Society was forced to print their ads due to big tobacco because of the high amount of pro smoking ads that flooded the Ursinus Weekly newspaper for the past 60+ years. The presence of these ads also helped contribute to the overall downfall of cigarette ads because it told the public the truth. These new ads instead told the reader about how smoking increases your chance of lung cancer by up to thirteen times, or that your gums can become white and bubbly and occationally have the skin peel off and bleed.

Smoking became such a problem here that there were articles put into the newspaper about how non-smokers and smokers should get along on campus. This was because the people who were regular smokers would smoke anywhere, which led to the non-smokers being upset and demanding there be only specific places where the smokers were allowed to smoke. Another article printed in the Grizzly was the "Adopt a smoker" contest. In this specific contest that was sponsored by Wellness and the American Cancer Society, a student that was a non-smoker would have a smoker stay with them from midnight on November 21st until midnight the next day. The goal was for the smoker to not use a cigarette, therefore giving them the confidence to quit entirely. 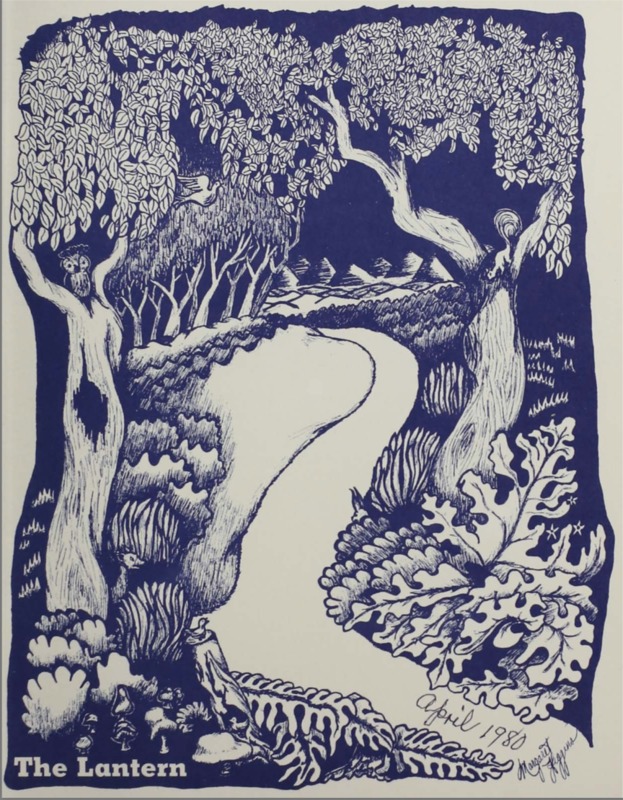 So what's the reason for this? Well, the answer can be found by just looking at the ads in the Grizzly during the 80's. Times were changing and promoting smoking on Ursinus' campus was starting to become unacceptable. During the times, the Weekly/Grizzly had always been more popular then the Lantern, and the ads certainly reflected that - each weekly newspaper had ten times the amount of smoking ads then the ones that came out in the trimonthy literary magazine. So as a result, the ads in the Lantern disappeared a lot faster.

However, there is a really interesting trend that occurred around the same time the ads crumbled into nothing. During the 1940's, Ursinus would release three editions of the magazine per year: one usually in autumn, one in winter, and one in summer. In the 1980's, we see this drop from three to two: one in autumn, one in spring. The reason for this is unknown, but it's possible that without the ads there to give the college money, there weren't enough funds for the literary magazine to continue releasing three.

Whatever the reason truly is, we do still see this pattern of the removal of smoking advertisements in the 1980's. 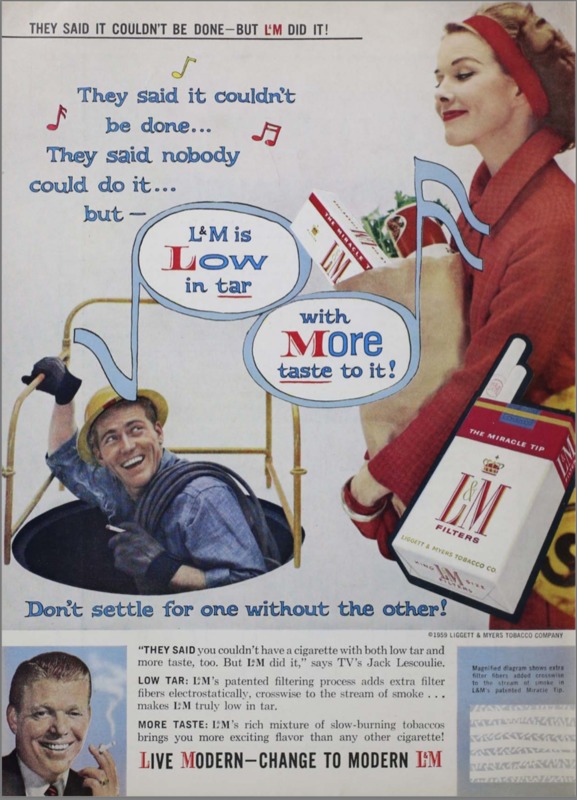